Joy Reid railed against Republicans yet again during Monday's episode of "The ReidOut," accusing right-wingers of intentionally creating an atmosphere of animosity so strong to ensure no Democrats can feel safe.

"[If Republicans] had anything to do with it, there would be no place in this country where any of us should feel safe. That's our punishment," she said.

Reid began her tirade of accusing the GOP of ramped up aversion by highlighting party members' discomfort with a more progressive society, arguing that their "anger" has "corroded into something more like hate."

Reid then accused the GOP of "openly flaunting the idea that, because they’re not happy in and don't feel affirmed by a more socially liberal, modern, multicultural and more secular America," that they say "no safe spaces" should exist. 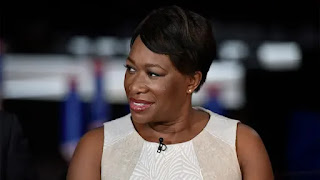 The "ReidOut" host lambasted the party for allegedly thriving off "demographic panic," "rage" and "alienation," – potentially referencing recent controversy surrounding the "Great Replacement" theory – and for using this "dangerous combination" as fuel for justifying that Democrats "should feel afraid."

Reid called on talking points, including claims that Republicans promote laws and policies that "make" women carry pregnancies to term and that they do not consider or care about rape and/or incest in the process. She also cited Republicans' disdain for Critical Race Theory, their push for increased border protections and their frustrations with COVID-19 vaccine and masking mandates.

"Set aside ideological or emotional safety," she said later in the segment, "We're not allowed to feel physically safe anywhere in America thanks to Republicans’ ironclad partnership with the blood-soaked NRA which long ago quit the gun safety business and has been working for decades to make sure that the most lethal arms get into as many alienated 18 and 19-year-old incel hands as possible."

Reid went on, listing places where Republicans' alleged partnership with the NRA have kept Americans from feeling safe, including at the supermarket, during church services, at the hair salon, hospital and others.

"Whether you are in high school or you are ten – and in the fourth grade – in America, and only in America, you are literally rolling the dice every time you leave your house or drop off your kids at school," she said, adding that Americans have to "pray" that today is not "[their] day" to meet an "angry, alienated American man who has an AR-15."