Showing posts with the label Brian Stelter
Show all 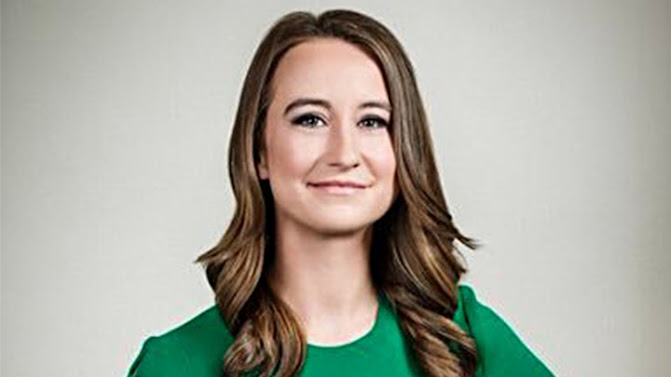 Pro-life activists took issue with Planned Parenthood news content director Kate Smith's declaration on CNN Sunday that equal media coverage of both pro-life and pro-abortion protests following   the Supreme Court Roe v. Wade ruling   is a "distortion of the facts" because a majority of Americans support legal abortion. "Reliable Sources" host Brian Stelter asked Smith, who formerly worked for CBS News, to comment on split screen coverage of individuals cheering and jeering the Supreme Court's decision to overturn Roe v. Wade, the 1973 court ruling that legalized abortion.   "That 50-50 split. Isn't that actually misleading? Isn't that actually distorting?" Stelter asked.   "Absolutely, Brian," Smith said. "That is a complete distortion of the facts that we know about how people feel about abortion access, and specifically the legality of abortion." "We know that 8 in 10 Americans want abortion to be legal,"
Post a Comment
Read more

Biden senior adviser Gene Sperling talks with Brian Stelter about Biden's plan to curb inflation -- and argues that Republicans have no plan at all. 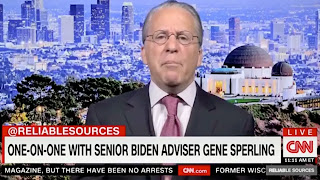 Biden White House adviser Gene Sperling acknowledged Sunday he didn't feel the pain of inflation and high gas prices as much as those making $50,000 or $60,000 a year, while defending the president's messaging strategy. In an appearance on CNN's "Reliable Sources," Sperling was pressed by host Brian Stelter on whether the administration needed to reevaluate its messaging tactics, noting the recent op-ed on inflation Biden wrote in the Wall Street Journal. "Who really reads op-eds?' Stelter asked.  Sperling said that the president's strategy with writing op-eds was that it was him "speaking directly" to the American people. He emphasized it was "tough" and that when gas prices increase, the president's approval rating decreases.  "But we have a very strong message about what the American Rescue Plan, what his bipartisan infrastructure plan has done for this economy and the fact that he is the one, not the Repu
Post a Comment
Read more
More posts