Showing posts with the label Robert Kraft
Show all 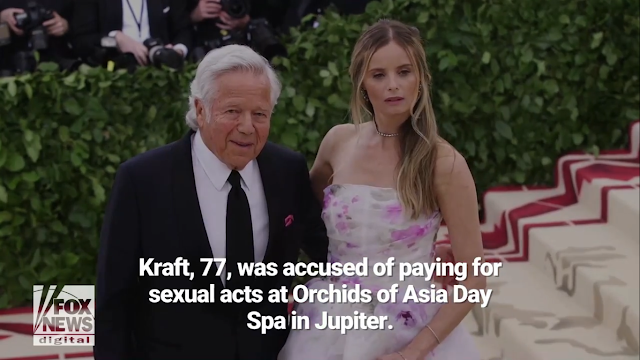 New England Patriots owner Robert Kraft on Friday was charged with two counts of soliciting prostitution at a Florida spa -- and cops say there's video. Kraft, 77, is accused of paying for sexual acts at Orchids of Asia Day Spa in Jupiter, located about 90 miles north of Miami. His name was among more than a dozen who were charged. Police said they have Kraft, and others, on video receiving the sexual acts and that he participated in prostitution in Florida two separate times. The spa had been shut down after a months-long investigation revealed women were participating in “sexual servitude,”  TC Palm  reported, citing arrest records. Nine other spas in Orlando, Palm Beach County and Treasure Coast had also been shut down as part of the investigation. Police said the suspects paid between $59 and $79 for services. Authorities said they handed the case over to the state’s attorney’s office and they were working on an active warrant for Kraft’s arrest. "We catego
Post a Comment
Read more
More posts