Showing posts with the label Jerry Nadler
Show all

- March 05, 2019
Is the Judiciary Committee's investigation into Trump's campaign a pre-impeachment hearing?  Why hasn't Ivanka been contacted?  May subpoenas be issued?  Rep.Jerry Nadler fields these questions from Erin Burnett in his 1st interview since announcing the probe.
Post a Comment
Read more 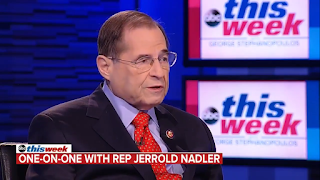 House judiciary chairman Jerry Nadler says "tomorrow we will be issuing document requests to over 60 different people and individuals from the White House, to the Dept. of Justice, Donald Trump Jr. ... to begin investigations"
Post a Comment
Read more 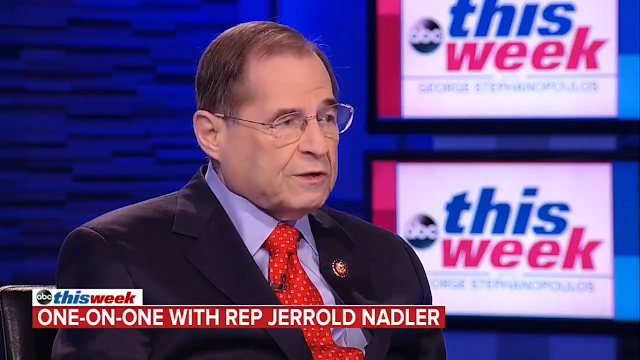 House Judiciary Committee Chairman Nadler, who would oversee any impeachment proceedings, said Sunday he will send more than 60 document requests to the White House and Justice Department.  "It's very clear that the president obstructed justice," Nadler told ABC News anchor George Stephanopoulos.  Move over Mueller. House Democrats have officially begun their  witch hunt  campaign to investigate anything and everything Trump with the 2020 elections only being just over a year away. They started today by sending the White House over 80 letters demanding documents from Trump on everything but the kitchen sink. Here’s more: WASHINGTON POST  – House Democrats sent more than 80 letters Monday demanding documents from family members, business associates, political confidants and others with ties to President Trump, launching a sprawling probe into whether he and his administration have engaged in obstruction of justice, corruption and abuse of power. The
Post a Comment
Read more
More posts