Showing posts with the label Kanye West
Show all 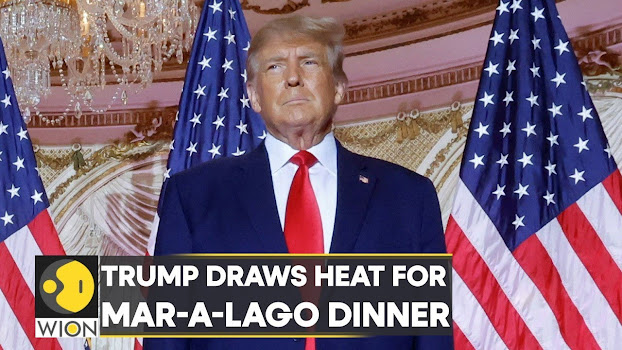 Just weeks after announcing his third run for the White House, former President Trump is facing backlash after hosting a dinner at his Mar-a-Lago estate in Florida with rapper Ye and white nationalist Nick Fuentes last week. NBC News’ Marc Caputo breaks down how the encounter took place and how lawmakers from both sides of the aisle are reacting.  The article indicates that since Trump’s dinner with Kanye, his campaign has instituted better vetting procedures to keep people like Fuentes and Yiannopoulos away from Trump. I would hope that someone sends this article to Mitch McConnell so he can apologize to Trump for attacking him yesterday on the basis of a false narrative perpetrated by Trump’s foes in the media and among Democrats. Yes I know, that’s never going to happen. But it should.
Post a Comment
Read more
More posts