Showing posts with the label Miles Taylor
Show all

MSNBC guest Miles Taylor condemned Trump and drew comparisons to the rise of Hitler during a segment on ‘Deadline: White House’ on Tuesday. 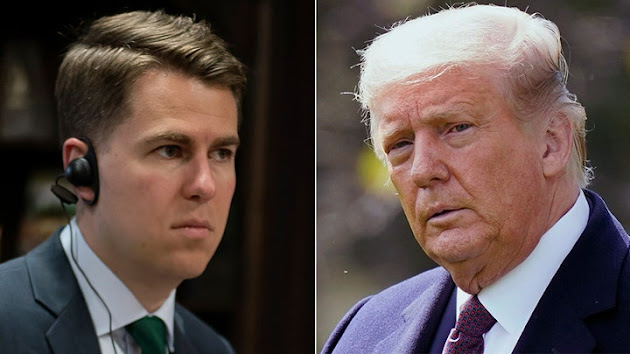 Miles Taylor drew comparisons between President Trump and Republicans today to "the rise of Hitler" during a segment of "Deadline: White House" with Nicole Wallace on MSNBC Tuesday. Taylor, a low level Trump official who was revealed to be ‘Anonymous' in 2020 after publishing a New York Times op-ed and book critical of the president while he still worked in the administration, made the comments during a broader discussion about the January 6 hearings.  "What does it say about one of the two political parties, the one you and I were once in, that they have permitted this - they have enabled this?" Wallace asked Taylor, referring to what she alleges is misconduct on the part of President Donald Trump and Republicans.  Taylor responded, "It was very clear who Donald Trump was from day one. All of us in the Republican Party knew who he was. So many people didn't want him to get the nomination, certainly didn't think he would get elected. But
Post a Comment
Read more
More posts