Showing posts with the label Chris Hayes
Show all 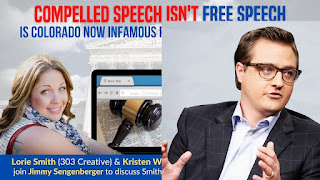 “Because the conservative majority has tossed away all pretense of being anything other than, essentially, a high council of Fox News viewers, they decided her case should be heard before the Supreme Court,” says Chris Hayes on the Colorado web designer case.  In an other interview on "The Story" Monday, Smith said that she wants to use her creative expression to design websites for couples in a way that is consistent with her faith, but feels the state of Colorado is "compelling" her to communicate a message through her designs that promote same-sex marriage and violates "the core" of her religious beliefs. "I want to create unique one-of-a-kind expression and artwork and I want to design websites – wedding websites – specifically that are consistent with my faith," Smith told Fox News. "But the state of Colorado is compelling and controlling my speech, chilling it and forcing me to communicate a message through my custom unique artwor
Post a Comment
Read more

Chris Hayes: “At this point, the committee is the only governing organ in the country that appears to be undertaking the project of fighting for American democracy with the zeal and acumen that it deserves.” 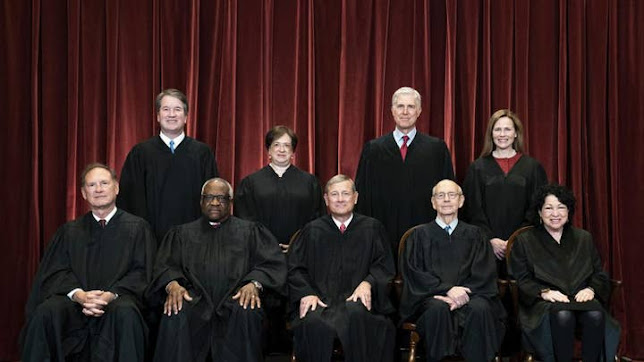 MSNBC opinion columnist Hayes Brown penned a column decrying the   latest term of the Supreme Court   for having allegedly assaulted Americans’ rights and blamed Democrats in Congress for not doing enough to stop the judicial branch. Brown opened his Friday column with the claim, "The Supreme Court ended its term Thursday having produced a string of decisions that with casual brutality threatened Americans’ privacy, health and well-being." He added, "Democrats, in the face of this assault on the rights and privileges of their constituents, haven’t responded with the necessary anger or urgency." The columnist provided readers with a brief civics lesson concerning how the judiciary branch was never supposed to be this powerful, at least compared to Congress which was designed by the framers "to be the most powerful of the three branches of government, consisting of representatives of the people and the states." "The executive was to be feared and cons
2 comments
Read more

Sen. Manchin announced his opposition to the 'Build Back Better' plan

Link 1 Link 2 Link 3 Click Here To Watch The Video Post By Học Để Thi | Breaking News, Latest News and Videos Tranganhnam.xyz "While I am hopeful that common ground can be found that would result in another historic investment in our nation, I cannot – and will not - support trillions in spending or an all or nothing approach that ignores the brutal fiscal reality our nation faces," Manchin said. "There is a better way and I believe we can find it if we are willing to continue to negotiate in good faith."
Post a Comment
Read more
More posts