Showing posts with the label Erin Burnett
Show all

“If he's ready to go, people in this party are ready to back him up" , CNN’s Van Jones joins Erin Burnett on concerns of President Biden's age or stamina if he runs in 2024. 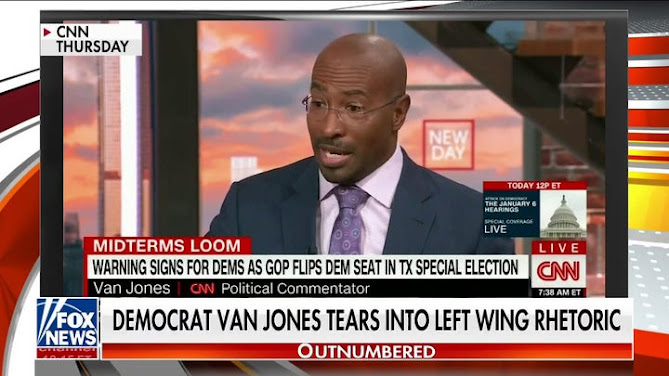 "Outnumbered" co-host Kayleigh McEnany said on Monday CNN commentator   Van Jones calling the Democratic Party   "weird" and "elitist" are the same sentiments he had years ago when Donald Trump launched his presidential campaign. "Van Jones is very wise. I worked at CNN in 2016. I sat alongside Van Jones and oftentimes him and I would talk. You'd have the anti-Trump Republican, you'd have the Hillary Democrat, and then you'd have Van Jones and me, kind of over to the side," McEnany said. "There [was] this populist movement going on and no one was seeing it. And he thought Trump could win. He didn't want him to win, but he thought he could win because he recognized how off base the Democrats were in the form of the establishment wing of the party, as was the Republican Party, by the way." The "Outnumbered" panel reacted to Jones  explaining on CNN  that the Democratic Party is in "danger" of "be
Post a Comment
Read more 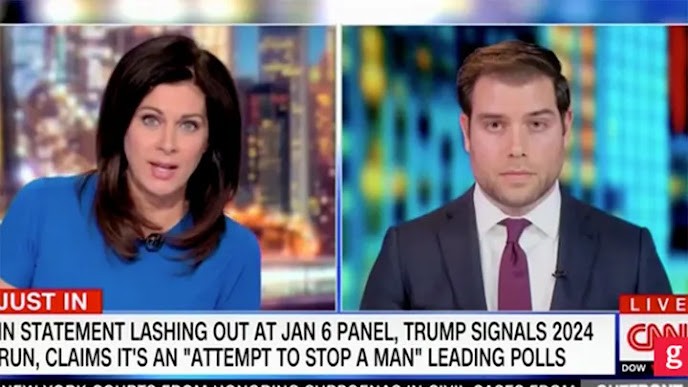 Democratic National Committee member Steve Simeonidis, the former chair of the Miami-Dade Democratic Party, spoke with Erin Burnett about why he is urging President Biden to not run in 2024 for reelection. Link 1 Link 2 Link 3 Video  Democratic National Committee (DNC) member Steve Simeonidis said Monday night on CNN that President Biden shouldn't run for reelection because of his low approval rating and because people will be looking for a "change candidate" in 2024.  CNN's Erin Burnett noted that Simeonidis is a supporter of President Biden but asked why he doesn't believe the president should run for reelection. The member of the DNC praised the president's actions on ghost guns, the infrastructure bill, and his efforts in Ukraine.  "The problem is, he's not and his administration is not effectively communicati
Post a Comment
Read more
More posts