Showing posts with the label Game of Thrones
Show all 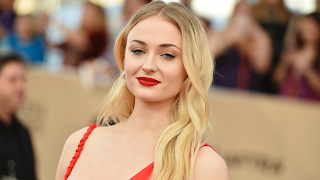 In an CNN interview published by InStyle on Thursday, the 22-year-old actress revealed she was asked by producers not to wash her hair while filming the HBO series, and that it went on for years. "For the first few seasons I was allowed to wash my hair because I was an aristocratic young girl. Towards season five, they started asking me to not wash my hair and it was really disgusting," Turner said, confirming that several male actors on the show received the same request. "Now I wear a wig, so I can wash my hair whenever I want, which is nice. But yes, for a couple of years I was living with pretty greasy hair." "[It was] really itchy! Also, we would have the snow machines going so we would have little snow paper particles that would get stuck in the grease. It was disgusting," she added.
Post a Comment
Read more
More posts