Showing posts with the label Chris Cuomo
Show all

Don Lemon: Not Media's Job to Sell Agenda, 'Democrats Get Your Butts In Gear! You Are Weak 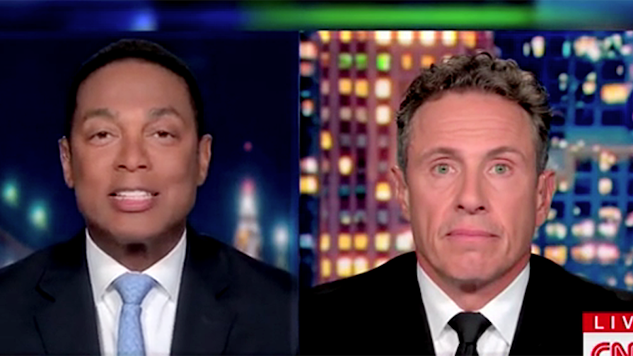 CNN host Don Lemon flipped out on Democrats Wednesday, slamming his fist on his desk as he ranted that they weren't doing enough to sell their agenda to the American people and rescue democracy. During the handoff between their respective shows, Lemon and fellow left-wing host Chris Cuomo agreed that Democrats had a messaging problem when it came to communicating their agenda, but Lemon took it a step further, becoming agitated as he called Democrats "weak" and accused them of not being passionate enough about "saving" America.  "Democrats get your butts in gear and get passionate about saving this damn country! You’re not doing it. You’re weak. You are weak. You are weak," Lemon said as he beat his hand on his desk. Lemon claimed the massive Democrat-backed multi-trillion dollar social spending package included items that Americans wanted but weren't being advocated for in the right way. "If you get someone in a ruby red state or rural sta
Post a Comment
Read more 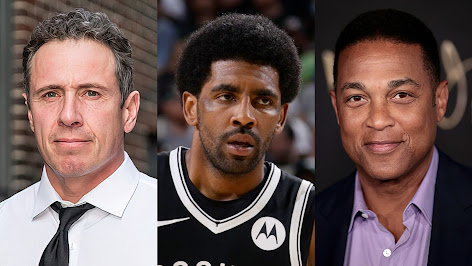 CNN hosts Don Lemon and Chris Cuomo launched on an extended rant Tuesday targeting NBA star Kyrie Irving over not getting vaccinated against the coronavirus.  During the handoff between their respective programs, the liberal hosts agreed that, although Irving had the personal choice on deciding whether or not to take the vaccine, he would still have to "suffer the consequences" of not doing what was good for the "collective goal" of his team.  Irving, whose refusal to reveal his vaccination status made national headlines, was banned this week by the Brooklyn Nets from participating in any team activities, including practices and games, until he is fully vaccinated.  "Everyone has a choice. If he doesn’t want to do it, fine. Then he doesn’t have to do it, but one then must suffer the consequences of not doing it," Lemon said. "I think in the largest scope of all of this, it is all about America. Right? Humanity. We’re all one team, humanity. We’re
Post a Comment
Read more

- July 27, 2020
Critics suggested CNN anchor Chris Cuomo lacks self-awareness while questioning the legitimacy of Florida's coronavirus data. See Also: President Trump replaces campaign manager Brad Parscale with Bill Stepien, according to the NYT Cuomo has raised eyebrows over the past several months, from his hostile confrontation with a cyclist while breaking quarantine amid his recovery from the coronavirus to the series of softball interviews he conducted with his brother, Democratic New York Gov. Andrew Cuomo. Despite New York having the highest death toll of any state and the governor's ongoing nursing home controversy, the CNN anchor has particularly been outspoken about Republican Florida Gov. Ron DeSantis, whose state has seen a surge of COVID cases in recent weeks. On Monday, Cuomo expressed skepticism over Florida's latest data from the state's health department, which indicated that the number of new cases is in decline. See Also: 'T he View co-host
Post a Comment
Read more
More posts