Showing posts with the label Jason Mendez
Show all 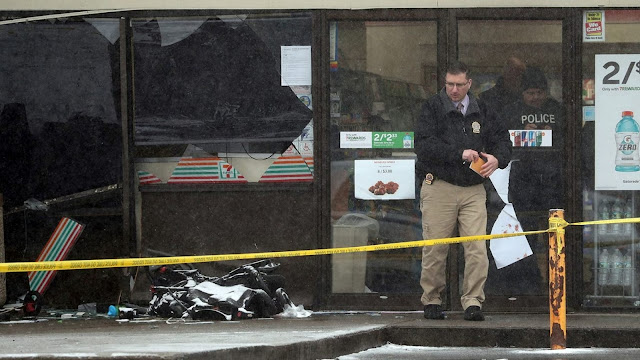 Jason Mendez, 35, hit all eight members of the family following an argument he had with the father who had allegedly asked him not to blow cigarette smoke around his children,  WCBS-TV  reported. Mendez, of Washingtonville, got into his car and smashed into the Rockland County convenience store before he reversed the vehicle and plowed forward again, striking the family a second time, police said. A mangled baby carriage remained at the scene as witness told WNBC-TV they saw a woman lying on the ground injured and heard a baby crying. I have no words to really describe just how heinous and evil it was for this man to use his truck to try and kill this family of eight, which included six children with one in a stroller. See Also:  Heartbreaking… This isn't in New York, this isn't in California, this happened just this week right here in Virginia. He did end up killing the mother, all over something incredibly petty: CBS NEWS  – A 32-year-old mother was killed
Post a Comment
Read more
More posts