Showing posts with the label Dianne Feinstein
Show all

California Democrat Sen. Dianne Feinstein tells the students that there is no way to pay for the 'Green New Deal' 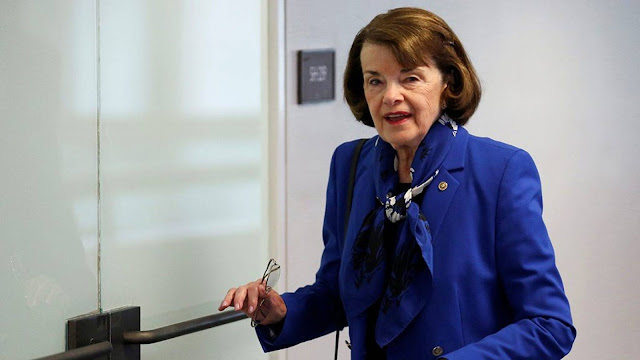 “You come in here, and you say it has to be my way or the highway. I don’t respond to that.” — U.S. Sen. Dianne Feinstein, D-Calif., responding to a group of children Some morons thought they would try to force Dianne Feinstein to support the New Green Deal by tossing propagandized kids at her and recording it, and Feinstein slapped them down in glorious fashion!!   Even Republicans are loving this one!  BEHOLD: This is how Sen. Feinstein reacted to children asking her to support the # GreenNewDeal resolution -- with smugness + disrespect. This is a fight for our generation's survival. Her reaction is why young people desperately want new leadership in Congress. She’s like, “kids, I’m 200 years old I don’t really give a damn anymore.” Man, Feinstein is so old she probably thought she was talking to Ocasio-Cortez directly! LOL! She is so condescending, you can tell she just isn’t putting up with this BS that Ocasio-Cortez is trying to sell to the dems. A
4 comments
Read more
More posts