Showing posts with the label Katie Hill
Show all

Democratic Rep. Katie Hill alleged to have engaged in "inappropriate" relationship with staffer 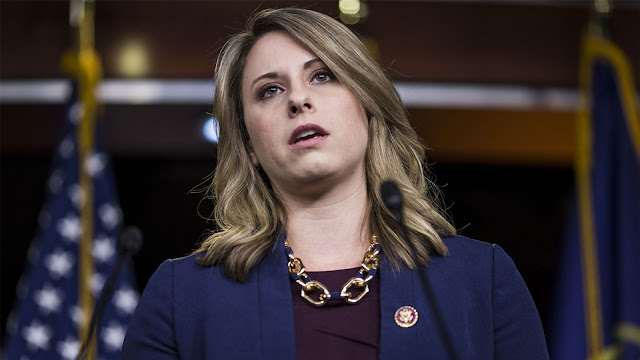 Democratic Rep. Katie Hill acknowledged that in the final years of what she called an "abusive marriage," she began a relationship with the unnamed campaign staffer. "I know that even a consensual relationship with a subordinate is inappropriate, but I still allowed it to happen despite my better judgment," Hill wrote. "For that I apologize. I wish nothing but the best for her and hope everyone respects her privacy in this difficult time." She continued, "I am going through a divorce from an abusive husband who seems determined to try to humiliate me. I am disgusted that my opponents would seek to exploit such a private matter for political gain. This coordinated effort to try to destroy me and the people close to me is despicable and will not succeed. I, like many women who have faced attacks like this before, am stronger than those who want me to be afraid." Here’s more from the LA Times: Rep. Katie Hill (D-Santa Clarita) is un
Post a Comment
Read more 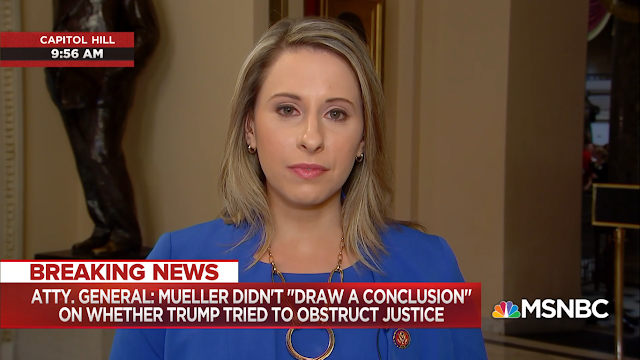 Democrats are weighing the options about what to do next following the Mueller report. Chris Jansing is joined by Vice Chair of the House Oversight and Reform Committee, Congresswoman Katie Hill to discuss. This is insane. The special counsel investigation lasted two years and found no evidence of any collusion between the Trump campaign and Russia. Yet Democrat Katie Hill, who is on the Oversight Committee, tells MSNBC that this doesn’t mean collusion didn’t happen. Hill argues that Democrats should not apologize for saying there’s collusion even though the Mueller report vindicates Trump, because… Whatever kind of, you know, collusion that didn’t lead to a criminal indictment doesn’t mean that it didn’t happen. So there was collusion that didn’t lead to a criminal indictment? What? She continues… So I don’t know, I just think that we have to be careful about what we think this says and it doesn’t mean Trump is free and clear over what he’s done with respect
Post a Comment
Read more
More posts