Showing posts with the label Debbie Dingell
Show all 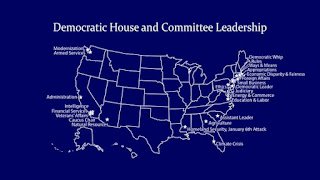 Democratic Rep. Debbie Dingell of Michigan backed President Joe Biden’s choice to not visit the southern border during a Tuesday Fox News appearance. “I don’t care if he visits the border or not. He doesn’t need to visit the border to know we’ve got a problem. He’s got people who report to him every day about what the problem is, and sometimes we fixate on these little issues,” Dingell said when pressed by Smith. “You think the president doesn’t know we have a problem at the border and what the issues are? I know he does.” “I think he knows it’s got to be addressed. He’s gotten the reports, seen the photos. So, I mean — at some point he may or may not go but I think he knows what has to be fixed and you have seen him begin that process. It’s unbelievable how Dingell refuses to criticize Biden on the border at all when he is the primary reason why the chaos began. She even suggests he’s begun the process to fix the border!! What the heck is Biden doing? He’s been in office for almo
Post a Comment
Read more
More posts