Showing posts with the label Michael Beschloss
Show all

Michael Beschloss: "We're living through a time where I can't predict to you whether we'll be living in a democracy five years from now or not. I hope we are." 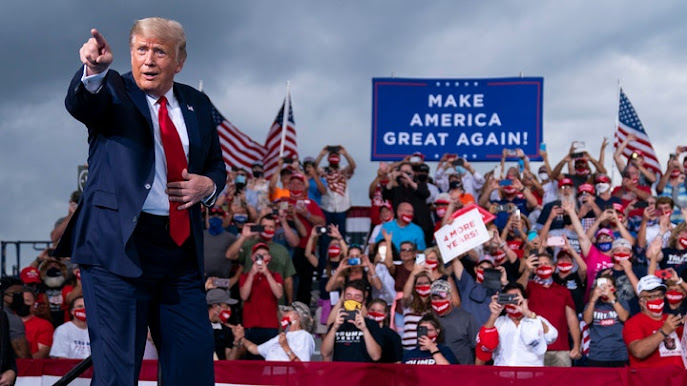 MSNBC host Nicolle Wallace compared Wyoming Rep. Liz Cheney’s views on "the existential threat of Trumpism" to the threat of radical Islamic terrorism after the September 11 attacks, even mentioning the congresswoman's father, former Vice President Dick Cheney.  Wallace made the comments Wednesday during a segment of her show, "Deadline: White House," about  the January 6 committee . "One of the things I think about all the time is Liz Cheney’s view of the existential threat of Trumpism as representing flashing red, danger to our democracy," she said. "I worked with her in the days and months and years after 9/11. It is the same way she talked about, and frankly her father talked about, the threat the homeland faced after 9/11." "She views Trump as an existential danger to our democracy," Wallace continued, before turning to NBC News presidential historian Michael Beschloss.  Beschloss responded that Cheney's role "makes a
1 comment
Read more
More posts