Showing posts with the label Theodore Roosevelt
Show all 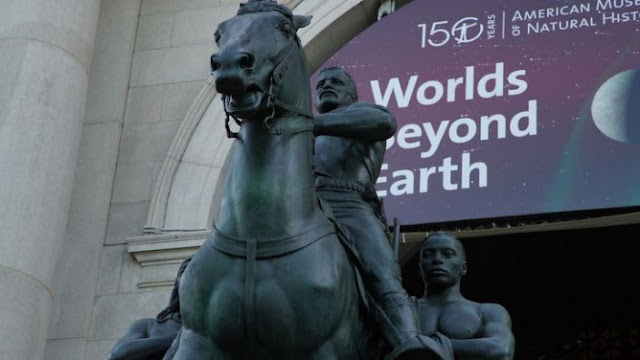 Sunny Hostin suggested that perhaps the removal of statues beyond Confederate figures should be considered since "revisionist history" inaccurately taught Americans the reality of our nation's founders. Statues of Confederate leaders have been defaced and removed in recent weeks by rioters following the death of George Floyd, but other statues were also not spared like one of George Washington in Portland, one Ulysses S. Grant in San Francisco and the announcement of the removal of Theodore Roosevelt in front of the American Museum of Natural History in New York City. On Monday, Hostin expressed that the "problem" amid the statue debate begins in the classroom. "What we have been taught, what you have been taught, Joy, what I was taught, what Whoopi was taught, probably what Meghan was taught in our schools was revisionist history," Hostin said. "We weren't taught the real history. We were taught, you know, that George Washing
Post a Comment
Read more
More posts