Showing posts with the label Beto O'Rourke
Show all 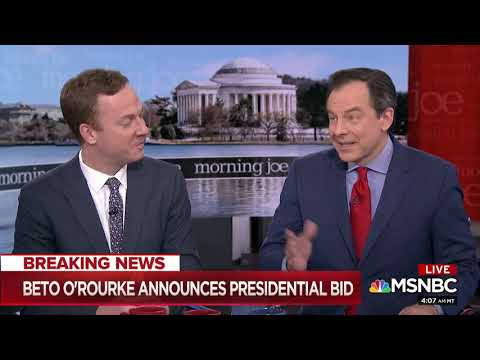 Former Rep. Beto O'Rourke, D-Texas, who drew national attention and broke fundraising records with his losing campaign against Sen. Ted Cruz last year, announced on Thursday he is running for president in 2020. I guess Beto has finally found himself after his loss to Ted Cruz last year. He released a video this morning announcing his run for President of the United States, while sitting on a couch with his wife and waving his arms all around. Watch:  https://www.tranganhnam.xyz/2019/03/beto-orourke-i-am-running-to-serve-you.html Beto O'Rourke ✔ @BetoORourke I am running to serve you as the next president. The challenges we face are the greatest in living memory. No one person can meet them on their own. Only this country can do that, and only if we build a movement that includes all of us. Say you're in: http:// BetoORourke.com   220K 6:29 PM - Mar 14, 2019 96.6K people are talking about this
Post a Comment
Read more
More posts