Showing posts with the label John Kennedy
Show all 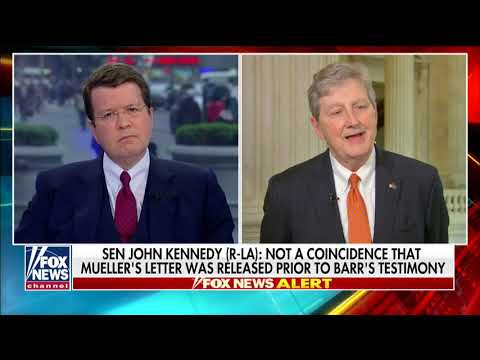 Sen. John Kennedy (R-La.) says he does not think Attorney General Bill Barr should recuse himself from further Mueller-related probes. “I realize I’m biased here, I’m a Bill Barr fan,” Kennedy says. Below is a liberal narrative, or argument, that the reason Mueller didn’t indict President Trump is that he was under order by a DOJ guideline that a sitting president cannot be indicted. Watch Senator Kennedy shoot that argument down at the 1:45 minute mark: The argument then goes like this – since Mueller cannot indict, he wants Congress to impeach. But Kennedy points out that in the testimony offered by Barr that Mueller told him directly that it was “absolutely not” the reasoning why he didn’t recommend an indictment. Interesting. Now the left might poke holes in that by saying Barr is lying. Well, if Barr is lying about what Mueller told him, then it is up to Mueller to clear that up. I would like to think that if Barr straight up lied about his intention that he would make
Post a Comment
Read more
More posts