Showing posts with the label Chris Murphy
Show all 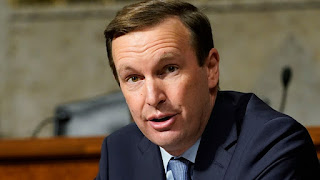 During an interview late Tuesday morning, "The View" co-host Sara Haines asked Sen. Chris Murphy, D-Conn., if the Republican Party was "going further right" during a discussion about gun violence and whether Republicans were participating in the negotiations in Congress.  Co-host Sunny Hostin asked Murphy if the Republicans involved in the gun legislation negotiations were actually serious or if they were just trying to run out the clock ahead of the midterms.  "Maybe I'm being naive, but I really do believe that the Republicans participating in these negotiations are negotiating in good faith. Senator Cornyn and I were part of negotiations that went into the wee hours of last night and well we are very different in our views we do both agree that we are not willing to do anything that compromises peoples Second Amendment rights. We are focused on keeping weapons out of the hands of dangerous people and I think we can find agreement on that,&q
Post a Comment
Read more

Democratic Sen. Chris Murphy tells CNN's Jake Tapper that the Senate is "closer than ever before" to passing new gun legislation but cautions: "let's see if we land it." 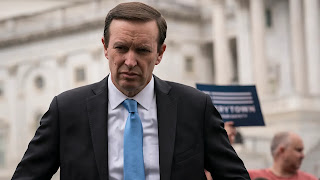 U.S. Senators from both parties need to negotiate on bipartisan gun legislation without the involvement of President Biden, Democratic U.S. Sen. Chris Murphy said Sunday. Murphy, a Democrat from Connecticut, insisted that lawmakers work out the deal on their own when asked during an appearance on CNN’s "State of the Union" if it would be helpful if Biden got involved.  "I think the Senate needs to do this ourselves," Murphy said. "I've talked to the White House every single day since these negotiations began, but right now the Senate needs to handle these negotiations." Both Republicans and Democrats are talking about possible changes to gun laws following several mass shootings in recent weeks, including the shooting at an elementary school in Uvalde, Texas, that left 19 children and two teachers dead. Link 1 Link 2 Link 3 September 18
Post a Comment
Read more
More posts