Showing posts with the label Kevin McCarthy
Show all 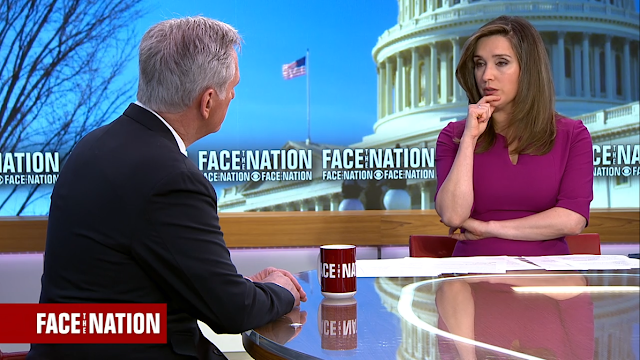 GOP Iowa Rep. Steve King recently defended the terms "white nationalist" and "white supremacist." House Minority Leader Kevin McCarthy tells  FaceTheNation  he plans to have a "serious discussion" with King about "his future and role" in the Republican Party after those comments. "That language has no place in America. That is not the America I know, and it's most definitely not the party of Lincoln," House Minority Leader Kevin McCarthy of California told "Face the Nation," saying he has a meeting with King scheduled for Monday.  "Action will be taken. I'm having a serious conversation with Congressman Steve King about his future and role in this Republican Party," McCarthy said. "I will not stand back as a leader of this party, believing in this nation, that all are created equal, that that stands or continues to stand and have any role with us." Check out what he said: I have a sched
Post a Comment
Read more
More posts