Showing posts with the label Hunter Biden
Show all

Fox News correspondent Kelly O'Grady has the latest on Elon Musk's bombshell on Twitter's handling of the Hunter Biden story on 'Your World.'

New Twitter owner Elon Musk announced earlier today his intent to expose what took place behind closed doors at Twitter when they opted to suppress the New York Post’s story, and subsequent news about Hunter Biden’s laptop and emails. We all know the big controversy, and the endless stream of leftwing media trying to call this thing that was real a Russian disinformation campaign. They did that to influence the election. And Musk already said out loud that Twitter has previously interfered in elections. And now he’s got the story behind the supression of the story for all to see. Twitter owner Elon Musk teased that "what really happened with the Hunter Biden story" and its suppression by the social media giant in 2020 would be revealed Friday afternoon. "What really happened with the Hunter Biden story suppression by Twitter will be published on Twitter at 5pm ET!" he wrote, in a tweet that went viral immediately. "This will be awesome," he added, inc
Post a Comment
Read more 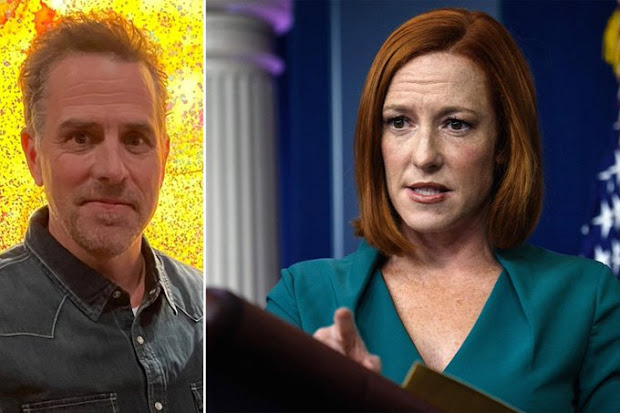 Q  I want to ask you separately: The ambassador-designate to India was seen, reportedly, at an event in Los Angeles last week at an art gallery event that featured the artwork of the President’s son, Hunter. The ethicists who have pointed to this arrangement have expressed concern that the President’s son selling art could potentially put the President in a situation where those who seek jobs either in this administration or favors from this administration could put this White House in an awkward position. Should — first of all, what is the White House’s response to the fact that an ambassador nominee was at this event? And secondly, should we expect to see more people who seek jobs in this administration attending events like this in the future? MS. PSAKI: Well, to be clear, we’ve spoken to the arrangement that is run by the gallerist and Hunter Biden’s representatives that the White House provided suggestions for. I’d refer you to the gallerist for questions about the event and
Post a Comment
Read more
More posts