Showing posts with the label Dan Crenshaw
Show all

Rep. Crenshaw to Democrats: This is not the time to undermine the president

- March 07, 2019
Why does the left hate the tax cuts? Bc they think the people exist to fund the govt. We believe the govt exists to protect the inalienable rights of the people. When people keep their money, we get more jobs & wage growth, & less wasteful spending by “benevolent” bureaucrats.
Post a Comment
Read more

Texas Rep. Dan Crenshaw: There is a far left wing of the Democratic Party that truly do not like Israel 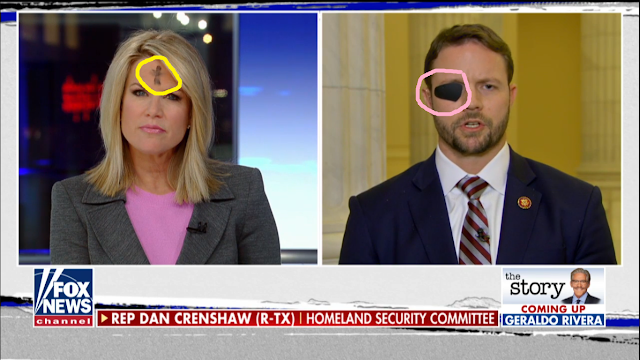 Dems delay resolution on anti-Semitism as several defend Rep. Omar's remarks; Texas Republican Rep Dan Crenshaw weighs in. Watch: I love how he starts by asking Democrats why they aren’t talking about people being trafficked into the US, like a girl from Mexico he met yesterday who was trafficked into New York City and subsequently raped 30 times a day for five years. He also explained why the Democrat argument of just having ‘technology’ at the border, instead of a wall, is ridiculous. He points out that while agents will be able to see people coming, they’ll still have to chase them around without a wall to prevent illegal entry. And that’s just some of what he discusses in this ten minute video.
Post a Comment
Read more
More posts