Showing posts with the label Sean Hannity
Show all

Trump vows to release FISA docs in 'Hannity' exclusive; Rand Paul is telling Trump to DE-CLASSIFY documents to FLUSH OUT the deep state!

Donald Trump told anchor Sean Hannity that his lawyers previously had advised him not to take that dramatic step out of fear that it could be considered obstruction of justice. "I do, I have plans to declassify and release. I have plans to absolutely release," Trump said. "I have some very talented people working for me, lawyers, and they really didn't want me to do it early on. ... A lot of people wanted me to do it a long time ago. I'm glad I didn't do it. We got a great result without having to do it, but we will. One of the reasons that my lawyers didn't want me to do it, is they said, if I do it, they'll call it a form of obstruction." Trump added: "Frankly, thought it would be better if we held it to the end. But at the right time, we will be absolutely releasing." Rand Paul went on the onanistic network to explain why he’s asking Trump to de-classify documents in order to expose the players in the deep state that targe
Post a Comment
Read more

It is a very scary picture inside this new radical Democratic Party. And as the 2020 primary season kicks into high gear, it has become very clear that it will be a contest to see who can present the single most radical, most extreme, most socialist vision for America's future.
1 comment
Read more

Sean Hannity is now volunteering himself as a witness. I look forward to his testimony.

On his television program Thursday night, Hannity told Trump that Cohen told him “at least a dozen times” that “he made the decision on the payments — and he didn’t tell you.” “He told me that personally,” Hannity said to Trump. We might be treated to street fightin’ Kung Fu master Sean Hannity testifying before Congress if one Democrat gets his way. It’s all over what Hannity told Trump on his show last night. From CNN: A member of House Democratic leadership says it may be time to hear from Fox News host Sean Hannity — under oath. Rhode Island Rep. David Cicilline, who chairs the Democratic Policy and Communications Committee, said that Hannity’s latest comments suggest he has information about hush money payments made by Trump’s former personal attorney, Michael Cohen, to keep the then-presidential candidate’s alleged extramarital affairs quiet in the days before the 2016 election. Trump later reimbursed Cohen for those payments. “Sean Hannity volunteered first-hand
Post a Comment
Read more

Exclusive: President Trump says he has 'good relationship' with Kim Jong Un, but it wasn't the 'right time' to sign something with North Korea.

Conservative activist assaulted at UC-Berkeley campus: I feared for safety 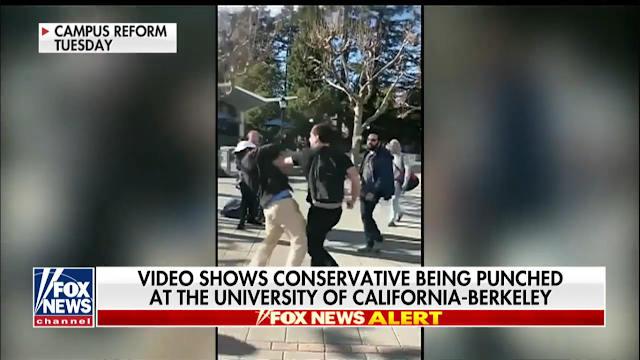 Hannity interviewed Hayden Williams last night, who clearly had a black eye from the incident as he explained to Hannity what happened: I haven’t seen anything yet on whether police has caught this thug who punched him. I’ll let you know when they do. Watch more:  DISTURBING VIDEO: Conservative activist pummeled at Cal-Berkeley
Post a Comment
Read more 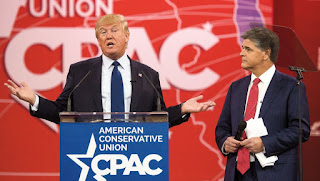 Trump says to Hannity: I have 'absolute right to declare a national emergency' 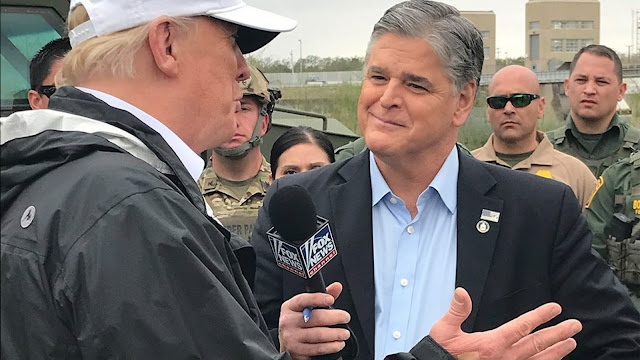 "The law is very clear. I mean, we have the absolute right to declare a national emergency," Trump told  Sean Hannity  in an exclusive interview. "This is a national emergency, if you look what's happening." Watch more on video: "Everyone wants us to win this battle," Trump said. "It's common sense ... Look, we’re not going anywhere. We’re not changing our mind because there’s nothing to change your mind about. The wall works [and] if we don't have a steel or concrete barrier, we're all wasting a lot of time."
Post a Comment
Read more
More posts