Showing posts with the label Spike Lee
Show all

Chris Cuomo and Don Lemon discuss President Donald Trump's comments about race after the 2019 Oscars. Be nice if Spike Lee could read his notes, or better yet not have to use notes at all, when doing his racist hit on your President, who has done more for African Americans (Criminal Justice Reform, Lowest Unemployment numbers in History, Tax Cuts,etc.) than almost any other Pres! — Donald J. Trump (@realDonaldTrump) February 25, 2019 The left loves to hate on Trump, calling him a racist and what not. I know Trump can be juvenile sometimes – certainly – but the racist and hateful name-calling is just what it is, garbage.
1 comment
Read more 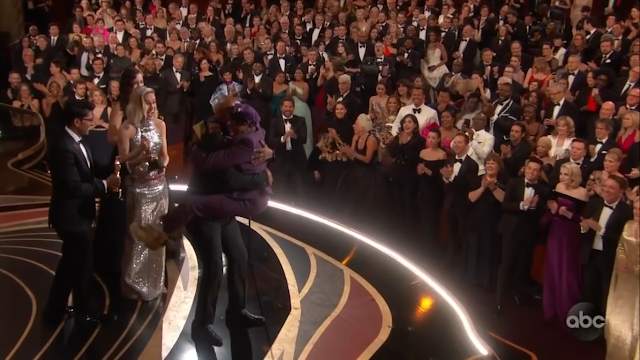 LOS ANGELES - Spike Lee, the famed director whose “BlacKkKlansman,” was up for the best picture award at the Oscars on Sunday night, attempted to storm out of the Dolby Theatre after it was announced that “Green Book” won the award. He walked toward the back of the auditorium and, according to a reporter for Deadline, got into what appeared to be an intense conversation with the writer Jordan Peele. The report said that he turned his back to the stage during the speech. Peele, who was sitting behind Lee, also declined to applaud the winner, as did others in the room. His Oscar in hand, he walked alone toward the theatre exit while the “Green Book” producers were accepting their award. “I’m snakebitten," Lee said while backstage. "I mean, every time somebody is driving somebody, I lose. But, they changed the seating arrangement. But, in ’89 I didn’t get nominated, so this one we did." Lee's "Do the Right Thing" lost to "Driving Miss Daisy&q
1 comment
Read more

Spike Lee: "Every time somebody's driving somebody, I lose."

- February 24, 2019
Spike Lee was visibly angry when "Green Book" was announced as the winner of best picture at the Oscars, waving his arms in disgust and appearing to try to storm out of the Dolby Theatre before he was stopped at the doors. He returned to his seat when the speeches were over.
Post a Comment
Read more
More posts