Showing posts with the label monkeypox
Show all

CNN anchor praises WHO for renaming monkeypox as ‘mpox:’ 'Definitely makes sense to change the name' 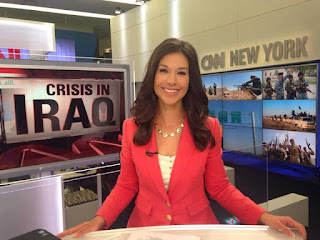 CNN anchor Ana Cabrera on Monday praised the World Health Organization (WHO) for changing the name of the monkeypox virus in order to be more culturally sensitive. CNN senior medical correspondent Elizabeth Cohen reported how the monkeypox virus will now be referred to as the "mpox."  She said the "interesting" and "sad" reason for the name change was because "there is a concern that monkeypox, that the word engendered stigma." "What the New York City Department of Health said was, look, we're joining others expressing serious concern about using the word monkeypox, given the stigma it may engender and the painful and racist history within which terminology like this is rooted for communities of color," she added. "Just another note that monkeys have nothing to do with this virus, it's really a misnomer. So it's now mpox." Cabrera agreed, saying, "Yeah, it definitely makes sense to change the name. Monkey ha
Post a Comment
Read more
More posts