Showing posts with the label Rick Scott
Show all

"There are a lot of people that wish Joe Biden wasn't president, like probably a big majority... but Joe Biden is the president," says Sen. Rick Scott. 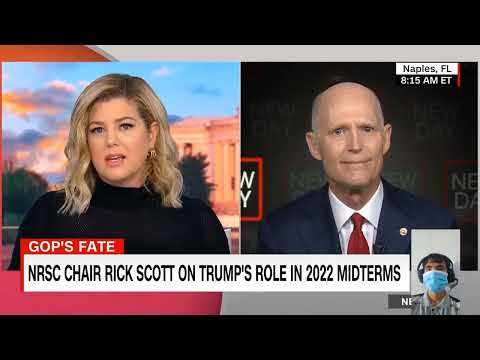 Rick Scott clashes with CNN' Brianna Keilar : "We're going to go on... Democrats are going to talk about Donald Trump, and Republicans are going to win elections." During an appearance on "New Day," Scott refuted claims that CRT was not being taught in Virginia schools by pointing to specific examples of its promotion by officials within the state, as Keilar repeated the narrative by many Democrats and media pundits that the controversial subject was not part of the curriculum. Keilar initiated the debate by asking Scott if Republicans across the country would ignore former President Donald Trump as they campaigned for the 2022 midterm elections, appearing to claim that was part of Virginia Gov.-elect Glenn Youngkin's, R., strategy to victory. "I think what Democrats are going to continue to do is talk about Donald Trump. I think Republicans are going to continue to talk about issues. Glenn Youngkin won his race because he talked about issues and I
Post a Comment
Read more
More posts