Showing posts with the label White House
Show all 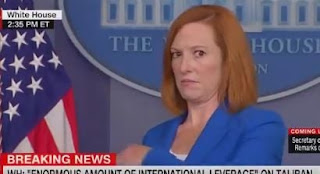 White House press secretary Jen Psaki on Monday would not comment on reports that   China   tested a nuclear-capable hypersonic missile, but instead said the United States welcomes "stiff competition," while maintaining that the Biden administration does "not want that competition to veer into conflict."  Reports over the weekend  surfaced that China launched a missile in August, which then circled the globe before speeding towards its target, which it missed by about two-dozen miles. The move reportedly caught U.S. intelligence officials by surprise.  When asked about those reports Monday during the White House press briefing, Psaki pointed to Defense Secretary Lloyd Austin's comments on the matter earlier in the day.  "I know general, Secretary Austin, I should say, was asked this question this morning and addressed it," Psaki said. "I'm not going to comment on this specific report."  "I can say, and echo what he said, which is,
Post a Comment
Read more
More posts