Showing posts with the label Robert Mueller
Show all 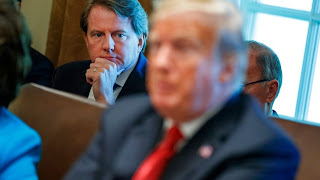 In an exclusive interview, former White House Counsel to President Obama, Kathryn Ruemmler discusses the testimony of Trump’s own White House Counsel, Don McGahn in the Mueller report. McGahn’s testimony is cited 157 times in the report and details some of the most damning episodes of Trump’s efforts to curtail the Russia probe. Ruemmler tells MSNBC Chief Legal Correspondent, Ari Melber, that “corrupt motivation” is “littered throughout” the Mueller report. As we suspected, the White House isn’t just going to allow Don McGahn to be subpoenaed by the House Judicial Committee without a fight. Here’s more: FOX NEWS  – The White House will fight House Democrats’ subpoena of testimony and documents from ex-White House counsel Don McGahn, Fox News is told — and almost immediately, House Judiciary Committee chairman Jerry Nadler, D-N.Y, characterized the move as “one more act of obstruction” by the Trump administration. A fight over the subpoena would also set up a series of other
Post a Comment
Read more

What to know about White House Counsel Don McGahn and why he's making headlines when it comes to Robert Mueller's Russia probe. We all knew this was coming. After the Mueller report alleged that Trump told former White House counsel Don McGahn to fire Mueller on the basis he had a conflict of interest, it was only a matter of time before Democrats would subpoena him to come before a hearing: REUTERS – U.S. House of Representatives Judiciary Committee Chairman Jerrold Nadler on Monday subpoenaed former White House counsel Don McGahn to testify before the panel in its investigation of possible obstruction of justice by President Donald Trump. In a statement, Nadler, a Democrat, said the committee had asked for documents from McGahn by May 7 and for him to testify on May 21. An attorney for McGahn was not immediately available for comment. A report by Special Counsel Robert Mueller publicly released on Thursday by the Justice Department said Trump asked McG
Post a Comment
Read more

Democrats prepare to subpoena full, unredacted report; Rep. Mark Meadows and Harvard law professor Alan Dershowitz react. Attorney General Barr hasn’t even had a chance to release the Mueller report yet and Democrats on the House Judiciary Committee are already promising to subpoena the full report with a vote this week. They are clearly angry that the Barr summary vindicated the president, as they’ve been accusing Barr of all manner of bias since his summary came out. Here’s more: TPM  – House Judiciary Committee chairman Jerry Nadler (D-NY) said in a statement Monday that the committee will hold a vote on authorizing subpoenas of the full Mueller report and its underlying evidence Wednesday. Nadler also said that the committee will vote on issuing subpoenas to five people who used to be in Trump’s orbit and have some knowledge of the report: former Trump lawyer Donald McGahn, former White House chief strategist Steven Bannon, former White House communications director H
Post a Comment
Read more

CNN's Erin Burnett discusses the Trump administration telling a federal court that the entire Affordable Care Act should be struck down -- a dramatic reversal of its previous position. Watch: The very lovely Mary Katherine Ham doesn’t disappoint in this new clip of her on CNN today. In it she eviscerates Trump critics who refuse to accept the findings of the Mueller report and are suggesting that Trump colluded. She even calls them out for “fervently” hoping that Trump would be guilty. Watch: I love that right when she made the comment about ‘not setting the bar’ so low, the dude with the pink tie (can’t remember his name) was sitting there shaking his head thinking exactly that. Which is honestly a ridiculous notion anyway. Nobody is setting the bar too low. Trump had always said he didn’t collude and it turns out that he was right all along. We’re just happy the findings agreed with what he’d always said and that it’s over. But more than that, I love how
Post a Comment
Read more

If Mueller’s report is great news for Trump, why can’t we see it?

Over the last 48 hours or so, Americans have seen quite a bit of coverage about Special Counsel Robert Mueller’s report on the Russia scandal. What they have not seen is Special Counsel Robert Mueller’s report on the Russia scandal. Literally everything we know about the document has come from a brief summary of the report, written by Attorney General William Barr, handpicked by Donald Trump to lead the Justice Department. Barr, a Republican lawyer who’s only been at his post for about five weeks, has offered his assessment about Mueller’s findings – but that’s all he’s prepared to share. Last week, the House voted 420 to 0 on a measure calling for the attorney general to release the actual Mueller report to the public. It’s against this backdrop that Senate Minority Leader Chuck Schumer (D-N.Y.) tried yesterday to pass, by unanimous consent, the same resolution in the upper chamber. That didn’t work. Senate Majority Leader Mitch McConnell on Monday blocked an effort by Sen
Post a Comment
Read more 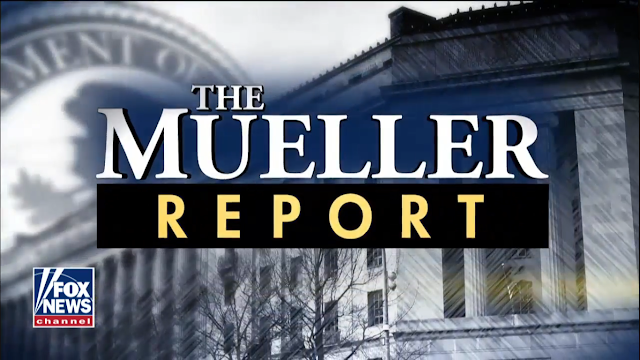 Dershowitz said Mueller seemed to try having it both ways. “It sounds like a law-school exam,” he said, adding that the report sounded wishy-washy. “Shame on Mueller.” The special counsel “did not draw a conclusion” as to whether obstruction of justice took place, according to a letter with the key findings released Sunday by Attorney General William Barr. Dershowitz also said it was a great day for Trump and a “very bad day for CNN” given how many of the left-leaning cable network's personalities and guests predicted the probe would lead to a slew of indictments for collusion and obstruction. “They should be hanging their heads in shame.” Watch below: He has a point. Instead of making a decision Mueller puts out a statement and leaves it up to AG Barr, who of course is going to exonerate Trump. If there’s no evidence he should say so and if there is he should say so. Passing the buck is what everyone on both sides is constantly doing so that we can endlessly squabble
2 comments
Read more 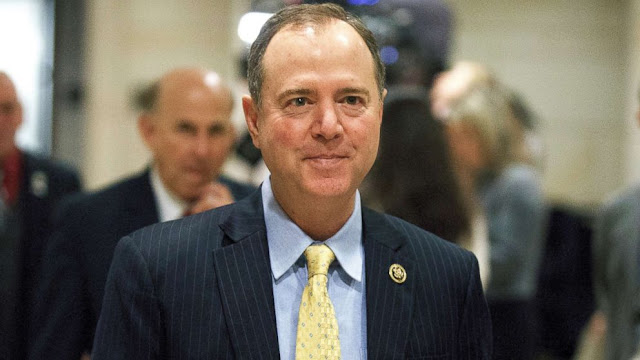 Adam Schiff said that his committee would subpoena special counsel Robert Mueller’s final report and even call him to testify before the committee if the report was not made public, and that he was “absolutely” prepared to sue the Trump administration, if necessary. “We will obviously subpoena the report. We will bring Bob Mueller in to testify before Congress. We will take it to court if necessary,” Schiff, D-Calif. said Sunday. “In the end I think the [Justice] Department understands they're going to have to make this public. I think [Attorney General William] Barr will ultimately understand that as well.” See Also:   Sen. Kamala Harris tells CNN's John King that we should want leaders who don't "engage in name-calling." ABC News Chief Anchor George Stephanopoulos asked, “Are you prepared to take the administration to court?” “Absolutely. We are going to get to the bottom of this. We are going to share this information with the public,” Sch
1 comment
Read more 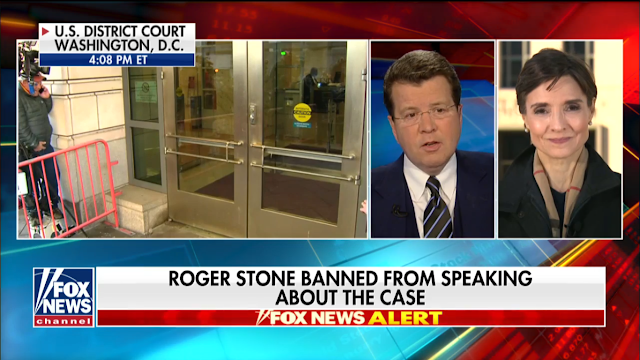 Special Counsel Robert Mueller’s team on Friday denied allegations from former Trump adviser Roger Stone that his indictment was leaked to CNN before it was unsealed last month. “The Special Counsel’s Office is aware of no information indicating that reporters were given any advance knowledge of a possible indictment from the Special Counsel’s office,” the filing states. See also:   Dianne Feinstein reaction is why young people desperately want new leadership in Congress Stone’s legal team had filed a motion in federal court claiming his indictment had been leaked after CNN was the only network to stake out Stone's Fort Lauderdale home when he was arrested before dawn last month. CNN later aired video of the arrest that showed a team of FBI agents with guns banging on Stone’s door and demanding that he come outside. SO after weeks of accusations that CNN was tipped off to be there when Roger Stone was arrested, Mueller is denying it, kinda. From the Hill: “The
Post a Comment
Read more 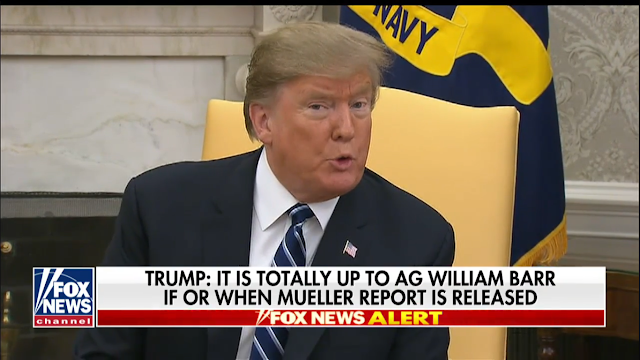 Has Robert Mueller finally finished his report on the Trump-Russia probe? According to an exclusive by CNN, Mueller is nearly done with his investigation and his report on whether Trump colluded with Russia to win the 2016 election could drop as early as next week: Attorney General Bill Barr is preparing to announce as early as next week the completion of Robert Mueller’s Russia investigation, with plans for Barr to submit to Congress soon after a summary of Mueller’s confidential report, according to people familiar with the plans. The preparations are the clearest indication yet that Mueller is nearly done with his almost two-year investigation. The precise timing of the announcement is subject to change. The scope and contours of what Barr will send to Congress remain unclear. Also unclear is how long it will take Justice officials to prepare what will be submitted to lawmakers. But with President Donald Trump soon to travel overseas for a summit with North Ko
Post a Comment
Read more

Jonathan  Karl, who was on "This Week with George Stephanopoulos" discussing  the bombshell report  in The New York Times and Washington Post that said the FBI opened up a counterintelligence investigation into President Donald Trump in the days after he fired James Comey because they were suspicious of his behavior, also said there has been no proof of collusion between Trump's campaign team and the Russians during the 2016 presidential election.  Here’s what he said… People who are closest to what Mueller has been doing, of interacting with the special counsel, caution me that this report is almost certain to be anti-climatic, that if you look at what the FBI was investigating in that New York Times report, you look at what they were investigating, Mueller did not go anywhere with that investigation. “He has been writing his report in real time though these indictments and we have seen nothing from Mueller on the central question of was there any coordinati
Post a Comment
Read more
More posts