Showing posts with the label Jonah Goldberg
Show all 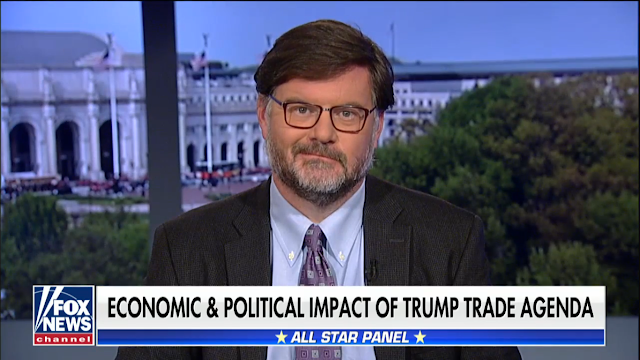 The Trump administration negotiated with Canadian and Mexican officials in hopes of replacing NAFTA with the USMCA. "At this very moment, President Trump actually has no serious trade agreements signed - there's one thing with South Korea," Goldberg said. "But he has this basically rehashing of NAFTA that is on the books coming up and it looks like [the tariff threat] could scuttle it." "Meanwhile we are trying to do these trade negotiations with China, which is the other trading partner that makes lots of cheap stuff." We reported to you this morning that Trump said that it would be ‘foolish’ for Republicans to try and block his new tariffs on Mexico. But it looks like Senate Republicans are intent on doing just that if Trump goes through with them next week: DC EXAMINER  – The Trump administration is headed for a standoff with congressional Republicans if the president follows through on a threat to impose a 5% tariff on Mexican import
Post a Comment
Read more
More posts