Showing posts with the label Antony Blinken
Show all 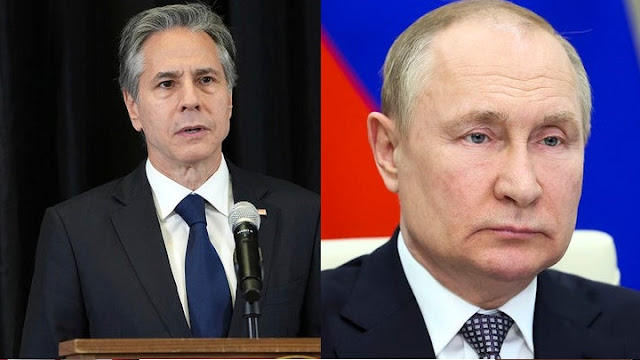 U.S.   Secretary of State Antony Blinken   on Sunday said that Russian President Vladimir Putin has already failed in his strategic objective "to erase" Ukraine and end its independence after more than four months of conflict. Blinken appeared on CNN’s "State of the Union" ahead of the annual G-7 summit in Germany, and was asked whether Russia was winning the months-long conflict following overnight attacks on the Ukrainian capital of Kyiv. "When it comes to Putin’s strategic objectives, he has already failed," Blinken said. "His strategic objective was to end Ukraine’s sovereignty and independence, to erase it from the map, to subsume it in Russia. That has failed." Blinken added that "a sovereign, independent Ukraine will be around a lot longer than Vladimir Putin is on the scene." The secretary of state’s remarks come as Ukrainian officials said that Russia launched missiles on Kyiv, striking at least two residential buildings and
Post a Comment
Read more
More posts