Showing posts with the label Savannah Guthrie
Show all 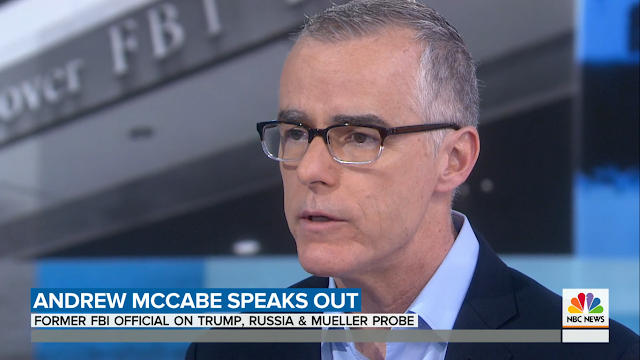 Former acting FBI Director Andrew McCabe says he briefed congressional leaders about the investigation into Trump; reaction from Fox News contributor Trey Gowdy, former chairman of the House Oversight Committee. watch: WATCH More : Today Show host holds Andrew McCabe’s feet to the fire and it’s AMAZING! This is incredible, and it’s something you just don’t see much from the liberal media in our day. In an interview this morning, Today Show host Savannah Guthrie actually put Andrew McCabe on the spot with regard to his being fired from the FBI, asking him why he should be believed now when he was fired for lying. And then when he began to squirm and spin, she called him out on it! Guthrie used Rosenstein’s accusation that McCabe is lying to begin this line of questioning. When she put him on the spot about his being fired from the FBI, that’s when it got interesting. He first blamed all of this on Trump attacking him, and said he believed he
3 comments
Read more

Savannah Guthrie: 'God this is a disgrace' 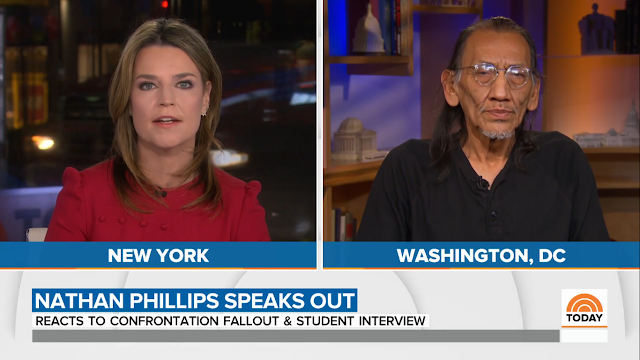 In the interview with Savannah Guthrie , Nathan Phillips answered that while he was a Marine during the Vietnam War era, he wasn’t deployed there. “What I’ve always said is that I’ve never stepped foot in South Vietnam. I don’t know how much clearer that can be,” he replied. While he wasn’t “in country,” Phillips felt the shunning effects that veterans were faced with after the war. “When I was discharged May 5, 1976, I was told when I got out: ‘Don’t wear your uniform. Don’t say you’re a veteran people don’t like you out there.'” (Per the VA guidelines, he would still be considered a Vietnam era vet.) Guthrie has been slammed online for making Phillips defend his service history. “There has also been some question about the nature of your military service… What exactly is the nature of your service?” @ savannahguthrie asks Nathan Phillips God this is a disgrace. See also:  Nick Sandmann talks about the incident at Lincoln Memorial Nathan Phillips did use amb
Post a Comment
Read more

Sandman said: "As far as standing there, I had every right to do so."

Nick Sandmann told  Savannah Guthrie  on Tuesday: "My position is that I was not disrespectful to Mr. Phillips. I respect him, I would like to talk to him." "I mean, in hindsight, I wish we could’ve walked away and avoided the whole thing," he said. Watch: If this is any indication of how the full interview went, then the whole thing is gonna be cringeworthy. Again, not because of Sandmann. The media smeared him and his fellow students all weekend, and some are still doing it. And Guthrie wants to ask him if he sees his own fault? Is she kidding? Guthrie’s question is actually a great question…for the MEDIA. They absolutely owe these students and their families an apology. Seriously. But they probably don’t see it that way because they can’t see their own fault. I know Sandmann is young and he’s been thrust into a negative spotlight, but the people around him should have told him NOT to do these kind of interviews. I just don’t see an upside for h
1 comment
Read more
More posts