Showing posts with the label Russia
Show all 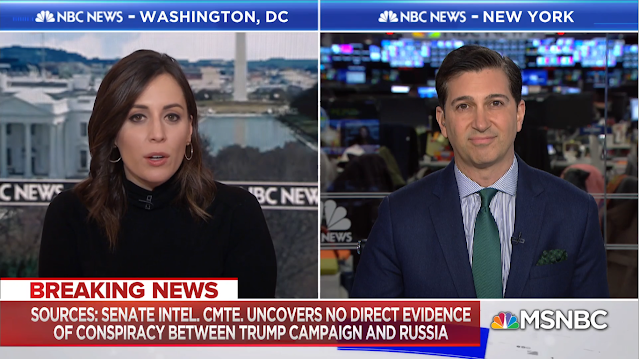 "We were never going to find a contract signed in blood saying, 'Hey Vlad, we're going to collude,'" one Democratic aide said. The series of contacts between Trump's associates, his campaign officials, his children and various Russians suggest a campaign willing to accept help from a foreign adversary, the Democrats say. Trump tweeted Sunday: Senator Richard Burr, The Chairman of the Senate Intelligence Committee, just announced that after almost two years, more than two hundred interviews, and thousands of documents, they have found NO COLLUSION BETWEEN TRUMP AND RUSSIA! Is anybody really surprised by this? See Also:   BREAKING: Sen. Elizabeth Warren officially launches her 2020 presidential campaign in Lawrence, Massachusetts Democrats love to spin, spin, spin when it comes to Trump. They want   need  people to believe that Trump is guilty so they’ll say stuff like this even though there’s no evidence to support their conspiracy theo
Post a Comment
Read more
More posts