Showing posts with the label Jared Kushner
Show all

Jared Kushner : I've been accused of all different types of things, all have been false 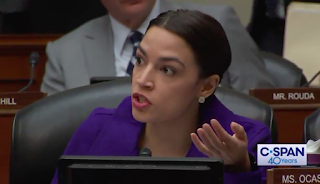 Kushner compared the mainstream media's coverage of Special Counsel Robert Mueller's Russia investigation it to their reporting on the 2016 presidential election, saying the press got it wrong both times. "Well, look, the media got the election wrong. They thought for sure Hillary Clinton was going to win," Kushner said. "They didn't see what we were seeing out in the country and the field. Their data was wrong, their analysis was wrong and then it happened. Not a single person got fired, not a single person apologized ... I think people sometimes let their hatred for Trump overtake their rational ability to kind of look at things objectively." "On the other hand," Kushner added, "you could look at it and say that because the media's been so distracted with Russia, Russia, Russia and all of these crazy conspiracy theories, we've been able to operate underneath that level and just be really effective." So, today is a co
1 comment
Read more

Lindsey Graham and Jared Kushner working on a DEAL including the WALL… and amnesty!

CNN- GOP not 'totally unified' on border security. Lindsey Graham and Jared Kushner are working on a way to end the shutdown but it would include billions for the wall… and amnesty. In Graham’s office, GOP senators discussed an immigration deal - $5.7B for the wall - plus provisions to entice Dems: DACA, TPS, H2B. Kushner told them if it has wall money and can pass Senate, WH would be open to further talks. Rs now plan to pitch Ds  https://t.co/grbISgPn9U — Manu Raju (@mkraju)  January 10, 2019 It’s still very early in these discussions — and a very steep climb at best for this to become law — but with the Dem-Trump talks broken down and no willingness on McConnell’s part to put House bills on floor, it may be the only game in town — Manu Raju (@mkraju)  January 10, 2019 More  from CNN: After Trump stormed out of a White House meeting with congressional leaders, GOP senators privately gathered in Sen. Lindsey Graham’s office Wednesday to discuss a way out of t
Post a Comment
Read more
More posts