Showing posts with the label Lara Trump
Show all

McCains and Lara Trump : Joe Biden is the most sane choice of 2020 Democrats 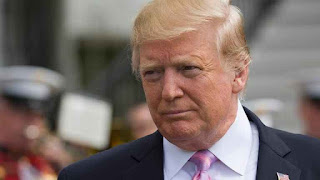 The McCain family intends to support former Vice President Joe Biden in the Democratic presidential primary (when he gets in the race), and if he’s the nominee, in the general election against President Donald Trump. Yet the family is still debating with Biden when to voice their support, out of concern that their endorsement could hurt the former vice president in the primaries, the Washington Examiner reported. Cindy McCain took to Twitter to deny the report. Joe Biden is a wonderful man and dear friend of the McCain Family. However, I have no intention of getting involved in presidential politics. — Cindy McCain (@cindymccain) April 24, 2019 The families have known each other for decades but reportedly became closer when John McCain was diagnosed with the same cancer that Biden’s son died from. Biden cancelled a campaign kickoff scheduled for Wednesday in Charlottesville, Virginia, and is now planning to do a video rollout on Thursday.
Post a Comment
Read more

Alexandria Ocasio-Cortes questions if we should continue having children for the sake of the planet See Also:   McCabe says his notes from his conversations with President Trump and Rod Rosenstein have been turned over to special counsel Robert Mueller. “Those memos are in the custody of the special counsel’s team.” See Also:   Bob Menendez suggests that illegal aliens who have been convicted on DUI charges should not be thought of as criminals and should not face jail time See Also:   BREAKING: Sen. Elizabeth Warren officially launches her 2020 presidential campaign in Lawrence, Massachusetts See Also:  Heartbreaking… This isn't in New York, this isn't in California, this happened just this week right here in Virginia. See Also:   Beto O’Rourke saying "walls do not save lives. Walls end lives" because it forces people who are illegally crossing to go to more remote places on the border. See Also:  CNN' Erin Burnett trying to equate Trump, Omar commen
Post a Comment
Read more
More posts