Showing posts with the label Asa Hutchinson
Show all

AR Gov. Asa Hutchinson tells CNN he's "absolutely" a GOP alternative to Trump in 2024: "We know the chaos that comes with him. And that's really not the kind of leadership that's good for America and really the future of our party." 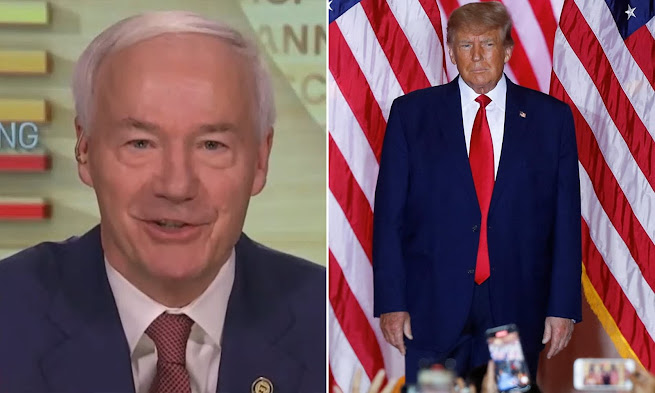 Arkansas Republican Gov. Asa Hutchinson is “very seriously” considering a 2024 presidential campaign, he told “CNN This Morning” on Thursday. “Absolutely. I’m looking at it – looking at it very seriously. After the midterm elections, it’s more intense, and it’s an accelerated review, and after going to Iowa, I’m encouraged that a governor who’s actually solved problems, who has a conservative common sense approach, can draw support and can be a good alternative. So, I’m encouraged by it,” Hutchinson told CNN’s Kaitlan Collins. That’s right it’s Asa Hutchinson, who said he’ll make a decision in January but he is absolutely considering it. From the sound of his optimism, my guess is that he’s running. But I can’t see him going all that far. He’s going to be more like a Jeb Bush style candidate that Trump will chew up and spit out. He just doesn’t have the popularity that is needed to beat Trump. I think there is only one man who could possibly beat Trump and it sure isn’t Asa Hutc
Post a Comment
Read more
More posts