Showing posts with the label Jewish Americans
Show all

Ilhan Omar says: I doesn’t know why Jewish Americans were offended by her anti-Semitic tweet! 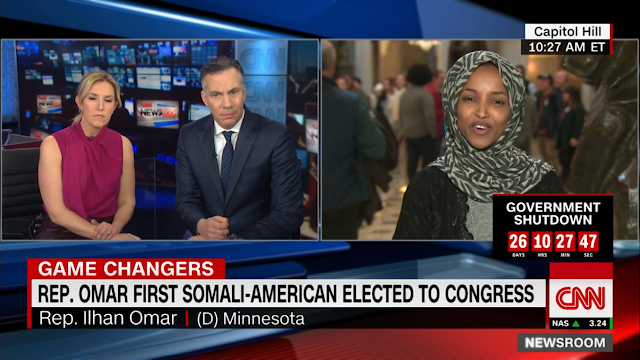 WASHINGTON – Freshman Rep. Ilhan Omar is fighting back after being labeled a bigot by critics for two tweets, one a recent post about Sen. Lindsey Graham and the other from more than six years ago about Israel.  On Tuesday, the Minnesota Democrat posted a tweet about Graham, saying, "They got to him, he is compromised." The comment was made with a retweet of a post featuring a 2015 CNN interview in which the South Carolina Republican called then-presidential candidate Donald Trump a "race-baiting, xenophobic, religious bigot." When asked about the tweet on CNN Thursday, Omar said her point was "we have seen many times where Sen. Lindsey Graham has told us how dangerous this president could be if he was given the opportunity to be in the White House, and all of the sudden he's made not only a 180 turnaround but a 360 turnaround." (A 360 would technically mean Graham came full circle and opposes Trump again.) "So, I am pretty sure that there
Post a Comment
Read more
More posts