Showing posts with the label Meghan McCain
Show all 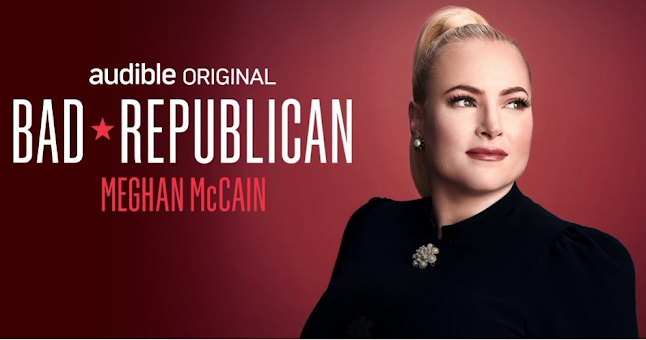 Meghan McCain said Tuesday on "Hannity" that her father's aides like MSNBC's Nicolle Wallace treated Sarah Palin "horribly" and set her up for "failure" during his 2008 presidential campaign. McCain, who is promoting her new Audible book "Bad Republican," also took a shot at journalist Katie Couric, who conducted Palin's widely panned interview when she was John McCain's Republican running mate, and recently admitted she sought to "protect" Supreme Court Justice Ruth Bader Ginsburg from potentially damaging remarks in a 2016 interview. Asked by host Sean Hannity about McCain aides like Wallace and Steve Schmidt – who have since become left-wing media darlings  – not being invited to her father's funeral in 2018, McCain remarked she saw the treatment of the then-Alaska Governor in a new light. "I have a whole new lens of viewing how Sarah Palin was treated and how the people working for my father’s campaign reall
Post a Comment
Read more

- September 27, 2021
Biden "ran and won with the help of independent centrists. ... The 'Build Back Better' Agenda is the most progressive, modern agenda of all time up to $5 trillion dollars and it's not polling well. So I think I'm just confused why they're doubling down." -- Meghan McCain
Post a Comment
Read more
More posts