Showing posts with the label Indonesia
Show all

Tsunami "will go on" Indonesia 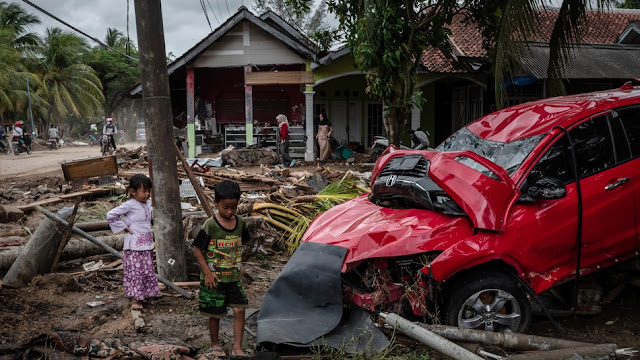 Thiên tai ở Hồ Chí Minh gần như không có, xem hậu quả Indonesia gánh chịu mà thấy thương Mash - Hundreds are dead, with more missing, following a tsunami that took the Indonesian coast by surprise on Dec. 22.  But this was no typical tsunami. Rather, it was a volcanic tsunami, and understanding what that means may help explain why this particular manifestation of nature's power was so devastating.  The tsunami that struck between the Sumatra and Java islands was triggered not by an earthquake — as is typically the case with tsunamis — but instead by an active volcano in the area known as Anak Krakatau. The volcano reportedly partially collapsed, triggering a landslide underwater, which then in turn kicked off the tsunami, said Dwikorita Karnawati, who leads Indonesia's meteorological agency, according to multiple news reports. The sequence of events didn't trigger a tsunami alert, catching the country by surprise.  "[It] did not rise to the level of trig
Post a Comment
Read more
More posts