Showing posts with the label Democrats
Show all 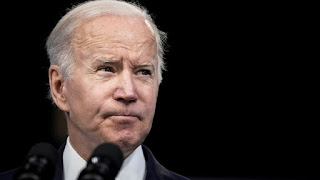 CNN Capitol Hill reporter Melanie Zanona said Sunday on "Inside Politics" that Democrats have been "panicking privately" over President Biden's inflation messaging for months.  "Inside Politics" host Abby Philip asked Zanona about a meeting Democrats had with White House aides on the Hill this past week. "How did that go over?" she asked.  "Not well, to put it mildly, listen, Democrats, they have been panicking privately. They have been saying for months, back in December they started pressing the White House to get a handle on inflation, start talking about this issue," Zanona said.  Inflation soared to 8.6% in May, hitting another 40-year high.  She said that had been pushing Speaker of the House Nancy Pelosi to get bills on the House floor, "even if its just messaging votes," in an effort to show voters that they're acting on it.  When the officials came to the hill, they told Congress to "blame other peo
Post a Comment
Read more
More posts