Showing posts with the label Kirstjen Nielsen
Show all 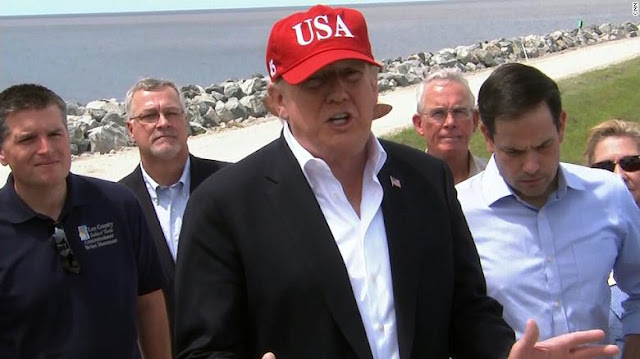 Homeland Security Secretary Kirstjen Nielsen  also told the border agency, which is overseen by DHS, to look at adding possibly more than 2,000 officers to the border areas. Last week, CBP Commissioner Kevin McAleenan said he was moving 750 officers from "key roles" at the ports of entry to help Border Patrol care for migrants, including helping with processing and transportation, adding that the shift would cause a slowdown in trade and an increased wait for cars and pedestrians crossing legally. The Secretary for the Department of Homeland Security has now issued an emergency surge of border patrol agents to the border in order to deal with the crisis that is unfolding across the entire border. Here’s the  press release issued today : Today, Homeland Security Secretary Kirstjen M. Nielsen issued a memorandum to U.S. Customs and Border Protection (CBP) Commissioner Kevin McAleenan outlining new steps the agency must take to combat the growing security and hum
Post a Comment
Read more

“a near system-wide meltdown” – Kirstjen Nielsen sounds the alarms over border crisis!

Kirstjen Nielsen on threats to the homeland, election security and the emergency on the southern border Every day we continue to get bad news about the border, which is being overrun by Central American migrants applying for asylum as well as migrants crossing illegally. Just last night, CBP reported that we had the worst day in over 10 years: #BorderPatrol recorded more than 3,700 apprehensions along the Southwest Border yesterday—the largest single day total in more than a decade. pic.twitter.com/JqazvQtoGI — CBP (@CBP) March 27, 2019 And how many of them were released into the US after they requested asylum? Probably most of them! This morning, DHS Secretary Kirstjen Nielsen said this is no longer an emergency, it’s a near system-wide meltdown: Make no mistake—our border crisis has gone from a national emergency to a near system-wide meltdown. We must be able to secure our borders AND protect vulnerable populations fleeing persecution. But we can’t do this eff
1 comment
Read more 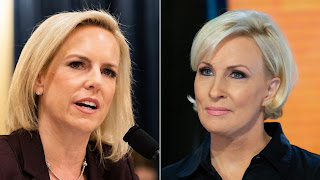 Nielsen testifies on border security: 'This is not a manufactured crisis, this is truly an emergency' 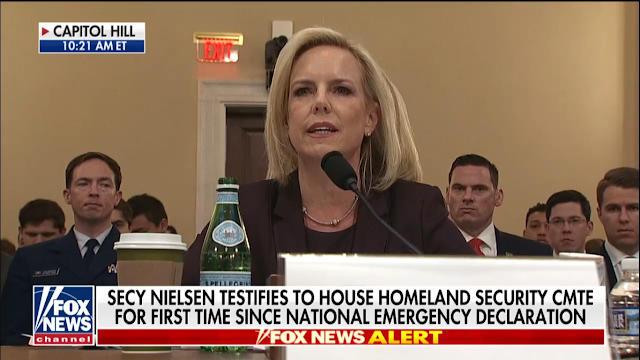 Homeland Security Secretary Kirstjen Nielsen warns the House Homeland Security Committee that the growing number of illegal immigrants flowing to the southern border will overwhelm the system entirely. In the clip below, Nielsen notes the spike in apprehensions that occurred in February of 75,000 and predicts it will only get worse as we head for summer. Nielsen reports that they are projecting almost one million apprehensions this year alone: She makes abundantly clear to the House committee that  “these increases will overwhelm the system entirely”  and that  “this is not a manufactured crisis, this is truly an emergency.” I don’t have a video for this one, but here’s another fact that will give you an idea of just how bad it’s gotten at the border: Kirstjen Nielsen said this morning that a lot of people who present themselves at the border as family units are "posing as families," and DHS has uncovered "recycling rings" that reuse the same childre
Post a Comment
Read more
More posts