Showing posts with the label Carla Provost
Show all

Carla Provost: "There is an ongoing debate about whether this constitutes a border security crisis or a humanitarian crisis. Let me be clear: it is both." 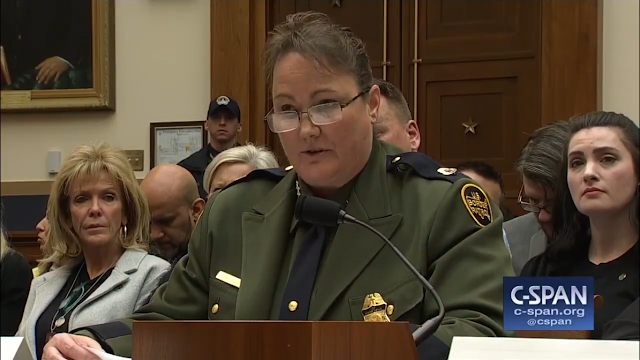 It is pretty compelling testimony from The US Border Patrol Chief . According to the border patrol there really is a security crisis at the border. These men and women on the front lines know far more than the elites sitting on their duffs in congress and pontificating about morality. Wait, how can gang members and drug smugglers be a problem if her agents are having to deal with other illegals crossing the border? CNN keeps telling us that all of this illegal stuff is going through ports of entry and the rest isn’t a big problem. See Also:  Here are the Republican Senators who will vote AGAINST Trump’s National Emergency I think just maybe I’ll take the word of this border patrol chief over the pundits on CNN. “There is an ongoing debate about whether this constitutes a border security crisis or a humanitarian crisis. Let me be clear: it is both.” Her biggest point in this clip, however, is to affirm that there is a crisis on the southern border. Not just a securit
Post a Comment
Read more
More posts