Showing posts with the label Roe v. Wade
Show all 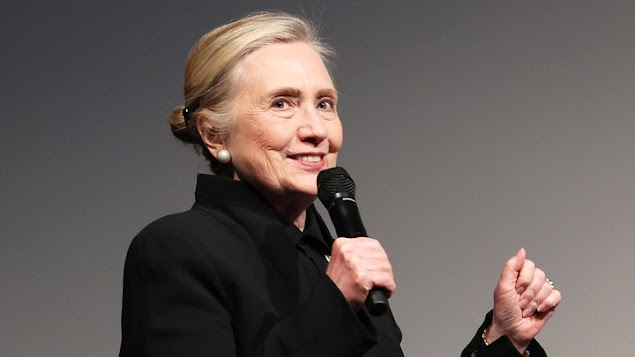 “We are only at the beginning of this terrible travesty that this Court has inflicted on us”: Hillary Clinton says she’s concerned that overturning Roe v. Wade is only the first step in the Supreme Court turning “back the clock on civil rights.” server Rumble server Dailymotion server Youtube Video Post By Học Để Thi | Breaking News, Latest News and Videos Tranganhnam.xyz Hillary Clinton did not definitively rule out running for president in 2024 when pressed during a Tuesday interview on CBS.   During an appearance on "CBS Mornings," the former presidential candidate was asked by co-host Gayle King if there was "any scenario" in which she thought about jumping back into the "day to day" of politics.  "No… but I miss it. I miss it," Clinton replied, before King interjected.  "There’s no scenario i
Post a Comment
Read more

End of Roe v. Wade and other ‘regressive bulls---’ will make it hard for GOP to survive: CNN’s S.E. Cupp 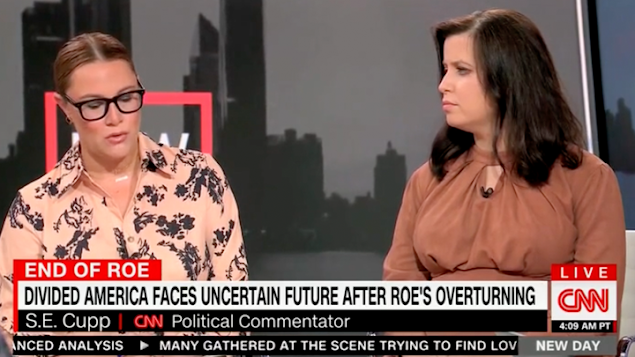 On Monday, CNN host S.E. Cupp claimed she has hard time believing that the Republican Party can survive the end of Roe v. Wade and all the other "regressive bulls---" they’ve been pushing for, such as "book banning." Cupp, who has her own show on CNN, spoke to a panel of pundits on Monday's episode of New Day and expressed her opinion that the GOP would electorally rue the day that the Supreme Court overturned Roe v. Wade. New Day co-host John Berman prompted Cupp’s answer, asking, "now that anti-abortion activists got what they wanted, right, which is to overturn Roe v. Wade, what happens now politically, do you think?" "It’s hard to imagine the Republican Party surviving this," Cupp began, adding that because of this and other "regressive bulls---" policies, she doesn’t see a future for the GOP. "Between anti-abortion, anti-LGBTQ, book banning, anti-democracy, I mean, add all of the regressive bulls--- – garbage, sorry – to t
Post a Comment
Read more
More posts