Showing posts with the label Saikat Chakrabarti
Show all 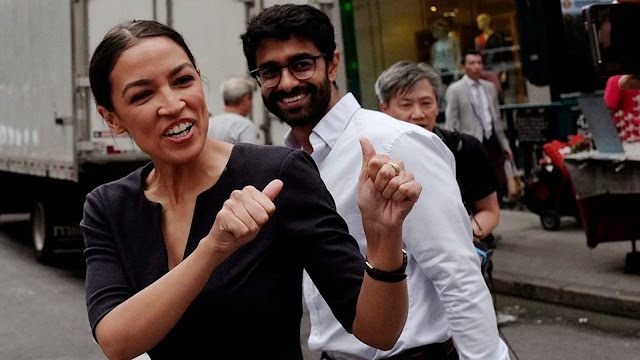 New York. Rep Alexandria Ocasio-Cortez and Saikat Chakrabarti, the progressive firebrand's multimillionaire chief of staff, apparently violated campaign finance law by working to funnel nearly $1 million in contributions from political action committees Chakrabarti established to private companies that he also controlled, according to an explosive complaint filed Monday with the Federal Election Commission (FEC) and obtained by Fox News. The filing asserts that Chakrabarti established two political action commitees, the Brand New Congress PAC and Justice Democrats PAC, and then systematically transfered more than $885,000 in contributions received by those PACs to the Brand New Congress LLC -- a company that, unlike the PACs, is exempt from reporting all of its expenditures over $200. The PACs claimed the payments were for "strategic consulting." It looks like Alexandria Ocasio-Cortez’s chief of staff could be in some hot water pretty soon if this FEC complaint
Post a Comment
Read more
More posts