Showing posts with the label Matt Whitaker
Show all 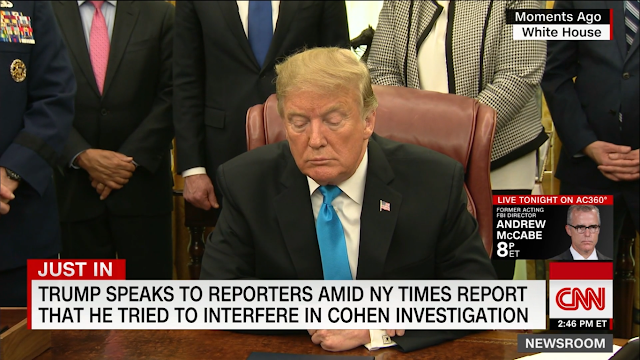 Trump denied the story at the White House Tuesday afternoon, referring to the Times report as "more fake news" and saying that he had a "very good" relationship with Whitaker, who was replaced last week by William Barr. "I have a lot of respect for Mr. Whitaker. I think he's done a great job," Trump said. He said Whitaker was "a very fine man, and he should be given a lot of thanks by our nation." Justice Department spokesperson Kerri Kupec referred to testimony Whitaker gave to the House Judiciary Committee earlier this month. The New York Times wrote a story today accusing Trump of trying to get his Acting AG to replace the US attorney in charge of Cohen’s case: Mr. Trump called Matthew G. Whitaker, his newly installed attorney general, with a question. He asked whether Geoffrey S. Berman, the United States attorney for the Southern District of New York and a Trump ally, could be put in charge of the widening investigation, a
Post a Comment
Read more 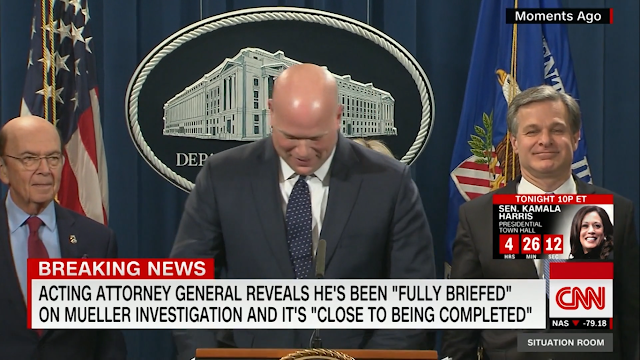