Showing posts with the label Bill Shine
Show all 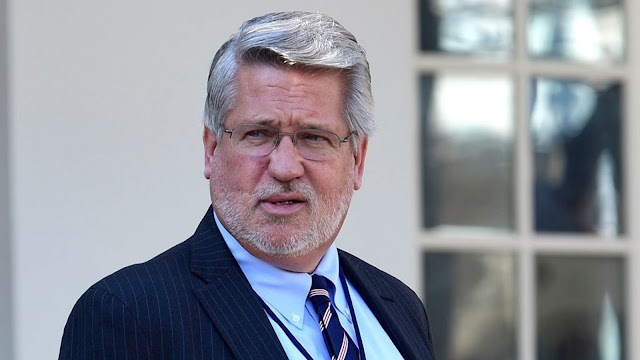 "Serving President Trump and this country has been the most rewarding experience of my entire life. To be a small part of all this President has done for the American people has truly been an honor. I'm looking forward to working on President Trump's re-election campaign and spending more time with my family," Shine said in a statement. He’s not been in the position all that long, so when I first saw this breaking I was shocked. WH communications director Bill Shine, a former Fox News exec., resigns. — Jim Acosta (@Acosta) March 8, 2019 But, as I suggested in my title, this is really just a transition and not a resignation: Per @PressSec Sarah Sanders: "Bill Shine offered his resignation to the President yesterday evening, and the President accepted. Bill continues to support President Trump and his agenda and will serve as Senior Advisor to the 2020 re-election campaign." — David Martosko (@dmartosko) March 8, 2019 Trump quote after Bill S
Post a Comment
Read more
More posts