Showing posts with the label Liz Cheney
Show all

Michael Beschloss: "We're living through a time where I can't predict to you whether we'll be living in a democracy five years from now or not. I hope we are." MSNBC host Nicolle Wallace compared Wyoming Rep. Liz Cheney’s views on "the existential threat of Trumpism" to the threat of radical Islamic terrorism after the September 11 attacks, even mentioning the congresswoman's father, former Vice President Dick Cheney.  Wallace made the comments Wednesday during a segment of her show, "Deadline: White House," about  the January 6 committee . "One of the things I think about all the time is Liz Cheney’s view of the existential threat of Trumpism as representing flashing red, danger to our democracy," she said. "I worked with her in the days and months and years after 9/11. It is the same way she talked about, and frankly her father talked about, the threat the homeland faced after 9/11." "She views Trump as an existential danger to our democracy," Wallace continued, before turning to NBC News presidential historian Michael Beschloss.  Beschloss responded that Cheney's role "makes a
1 comment
Read more

Twenty-three Republicans voted against the House anti-hate resolution, which Wyoming Congresswoman Liz Cheney says was 'completely watered down.' watch; Ilhan Omar just released a joint statement with Andre Carson and Rashida Tlaib, the two other Muslim representatives in the House, claiming victory after the resolution vote against ‘all hate’ passed the House. In the statement they praise the historic resolution that condemned bigotry and hate against Muslims: Our nation is having a difficult conversation, but we believe this is great progress. pic.twitter.com/gSua9a8mki — Rep. Ilhan Omar (@Ilhan) March 7, 2019 Notice that she doesn’t even apologize for her own anti-Semitic remarks in the statement. They all just pretend as though she never made these comments, which were the genesis of this resolution in the first place. If I were a Jewish Democrat like Elliot Engels, I’d be pretty incensed over this. Instead of condemning her anti-Semitism, the reso
Post a Comment
Read more 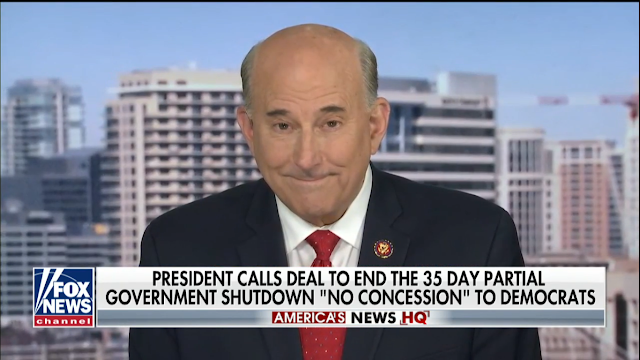 “It is incredible, but not surprising, that the Democrats would try to remove God from committee proceedings in one of their first acts in the majority," House Republican Conference Chairwoman Liz Cheney, R-Wyo., told Fox News. "They really have become the party of Karl Marx.” It never stops with these Godless people. See also:  Starbucks CEO tells The View ladies just why he wouldn't run as a Democrat for president In 2012 Democrats wanted to remove a statement affirming God from their national platform. Now Democrats in Congress are trying to remove “So help me God” from the swearing oath: FOX NEWS  – A key committee in the Democrat-controlled House of Representatives is moving to eliminate the God reference from the oath administered to witnesses testifying before the panel, as part of a new rules package expected to be approved this week, according to a draft obtained exclusively by Fox News. The draft shows that the House Committee on Natural Resou
1 comment
Read more
More posts