Showing posts with the label CNN
Show all A new column in The Atlantic argues that Biden should not run for reelection because "he is too old." CNN's John Harwood reacts to the argument and puts it into perspective. CNN correspondent John Harwood defended President Biden against critics who have concerns over the president's age during a segment on Sunday’s "Reliable Sources." On Thursday, The Atlantic writer Mark Leibovich penned an article pleading Biden not to run for re-election in 2024 due to concerns over his age. Biden, who is already the oldest person to hold the office, will turn 80 in November and would be 82 by the beginning of a potential second term. "Let me put this bluntly: Joe Biden should not run for re-election in 2024. He is too old," Leibovich wrote. CNN host Brian Stelter discussed how there is a growing concern among those in the media and politics, that Biden may be too old to run for president for a second term. While Harwood agreed that Biden is old, he said i
Post a Comment
Read more 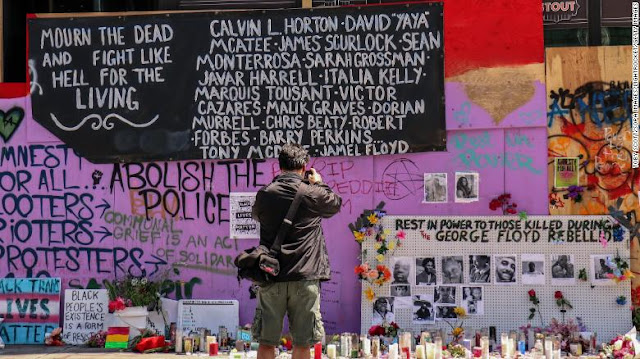 CNN is offering conflicting reports about whether the Seattle protesters who have declared the territory of "CHAZ" are armed, one of the network's former producers pointed out. Over the past several days, a portion of Seatle's Capitol Hill neighborhood has been taken over by anti-police demonstrators who have created their own borders and forbid the presence of law enforcement. The territory is called "Capitol Hill Autonomous Zone," or CHAZ. CNN media correspondent Oliver Darcy attempted to dismiss the violent element of CHAZ in a report on Thursday evening, saying the presence of militant Antifa members was "grossly exaggerated in right-wing media." Darcy cited a spokesperson for Seattle Mayor Jenny Durkan, who told CNN, "City officials have not interacted with 'armed antifa militants' at this site, but will continue to be on site to monitor the situation closely." However, just hours later, CNN correspondent D
Post a Comment
Read more
More posts