Showing posts with the label Otto Warmbier
Show all

- March 02, 2019
Rep. Chris Stewart calls Otto Warmbier's death "an absolute murder." "It's torture and murder. I think that the North Korean regime should be held accountable for it... We can't turn a blind eye to how this young man was treated." More from fox news: Rep. Chris Stewart: Michael Cohen was very clear that he has no evidence of Russian collusion President Trump's former attorney Michael Cohen testifies for eight hours in a closed-door session; insight from Rep. Chris Stewart, Republican member of the House Intelligence Committee.
Post a Comment
Read more 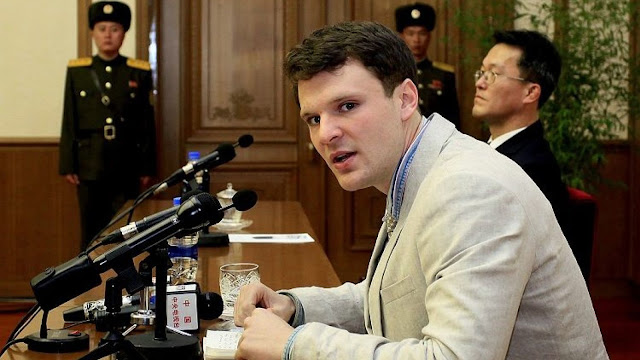 President Trump is on defense over the death of American Otto Warmbier; senior political correspondent Mike Emanuel reports from the White House. Wow. You can tell they didn’t really want to criticize Trump. After all, he’s the one who got their son back and they have publicly expressed much gratitude to Trump for this. But they also couldn’t ignore Trump’s statement making excuses for the brutal dictator. See Also:  Elderly man 'assaulted' while wearing MAGA hat Honestly, I thought they handled it quite well and I doubt we’ll hear anymore from them on this. I’m sure they are getting inundated with requests from the media, hoping they will come on TV and trash Trump over his comment. But I suspect they’ve said all they’re going to say on this and I respect that.
1 comment
Read more
More posts