Showing posts with the label Bennie Thompson
Show all

Bennie Thompson says: 'I would not rule out a wall in certain instances' 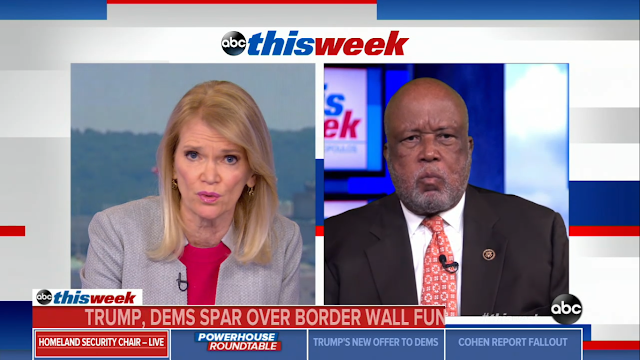 Top House Homeland Security Democrat Bennie Thompson said that he "would not rule out a wall in certain instances" after President Donald Trump proposed a new immigration and border security plan Saturday in an attempt to end the partial government shutdown. "I don't think Democrats are opposed to any physical barriers," Rep. Bennie Thompson of Mississippi said. "It's just the president constantly evolves his description of the wall, just as he indicated Mexico was going to pay for whatever was there. So what we have to do is sit down, work through this and let the public know exactly what we're talking about and what they can expect. And we're not there yet.” Thompson added that he was a “believer in technology” on the southern border, saying, “Technology is the force multiplier for border security. If we do it right, then we can get -- I’m convinced -- the kind of border security that we need.” This is big – if true. That means th
Post a Comment
Read more
More posts