Showing posts with the label Dana Bash
Show all

VP HARRIS: "If you are a parent of sons, do think about what this means for the life of your son and what that will mean in terms of the choices he will have." 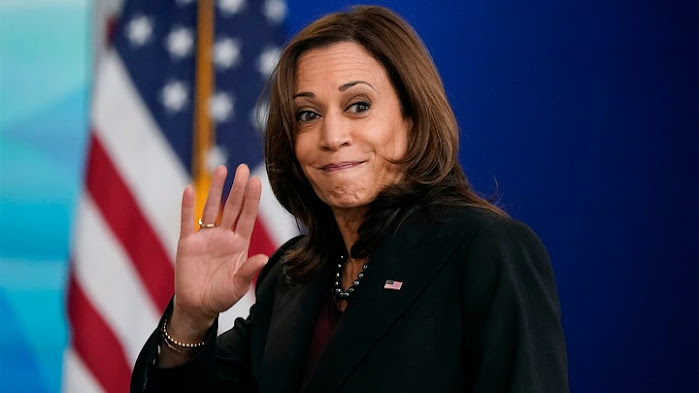 Vice President Kamala Harris   gave a rare one-on-one interview with CNN’s Dana Bash Monday following the Supreme Court overturning Roe v. Wade. The first clips of the interview aired on "The Lead with Jake Tapper" where Harris largely condemned the Supreme Court decision from Friday. "The court actually took a constitutional right that has been recognized for half a century and took it from the women of America. That’s shocking. When you think about it, in terms of what that means, in terms of democratic principles, in terms about the ideals upon which we were founded on, about liberty, about freedom," Harris said. She added that she thought about this decision "as a parent" as well as a woman. "You know, I thought about it as a parent. We have two children who are in their 20s, a son and a daughter. I thought about it as a godparent of teenagers. I thought of it as an aunt of pre-school children," Harris said. "And a woman yourself,"
Post a Comment
Read more
More posts